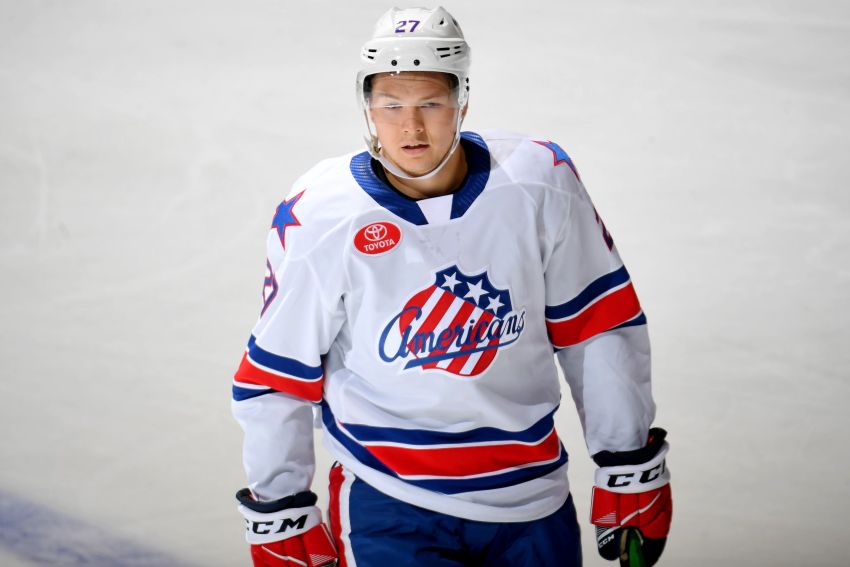 BUFFALO – The Sabres recalled forward Curtis Lazar from the Rochester Americans this afternoon.

Lazar, 24, will likely accompany the Sabres on their three-game western road trip that begins Wednesday to serve as their extra forward.

The Amerks scratched Lazar from today’s road game against the Hartford Wolf Pack.

The Sabres have had only 12 healthy forwards since winger Conor Sheary suffered an upper-body injury last week. Sheary skated on his own today.

Lazar signed a one-year, one-way contract worth $700,000 on July 1. The former first-round pick recorded one assist in his first three games with the Amerks.

The Sabres host the Dallas Stars on Monday afternoon.