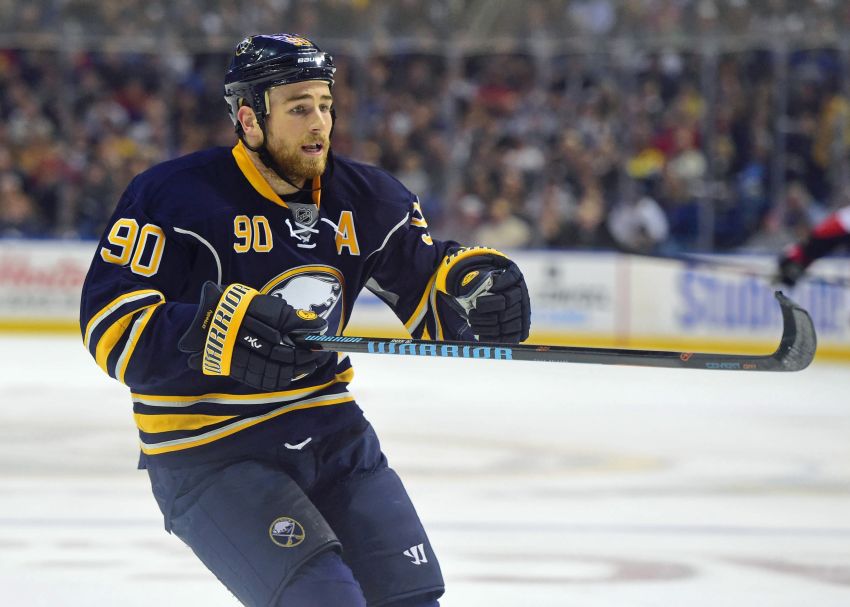 BUFFALO – If Sabres center Ryan O’Reilly had his way, he might’ve stayed out for hours. But the rink inside HarborCenter was only available until 1:30 p.m., so the NHL All-Star’s first skate since hurting his right foot three weeks ago ended a little early.

“Kind of kicked off, I guess,” O’Reilly said after walking back to the First Niagara Center.

O’Reilly, who was joined by defenseman Cody Franson, skated at least 90 minutes.

O’Reilly, 25, has missed 10 games since a puck rimmed around the boards and hit him Feb. 19 in Columbus. He finished the Sabres’ 4-0 win before getting examined after the game.

“Just kind of turned my foot to take the puck,” he said. “I felt it hit weird. I thought it was a stinger until after the game, then they looked at it.”

After they looked at it, the Sabres announced O’Reilly would miss three to four weeks. He doesn’t have a timeline for his return, however. Sabres coach Dan Bylsma hopes he progresses enough to practice early next week.

“I don’t think I’ve ever been hurt this long in my career,” O’Reilly said. “It’s different. It’s definitely different coming back this late in the season.”

The Sabres clearly miss O’Reilly, their most versatile and top all-around asset. They’re 3-5-2 without him.

“It feels like a lot longer than it has been,” O’Reilly said. “Once you get out there, it’s awkward coming back. It was a good workout today.”

O’Reilly has been seen wearing a boot on his right foot. Early on, that limited his workouts. He recently started riding an exercise bike.

“It’s nice to start getting some of that feel back,” he said about skating. “There’s no way to train for that off the ice.”