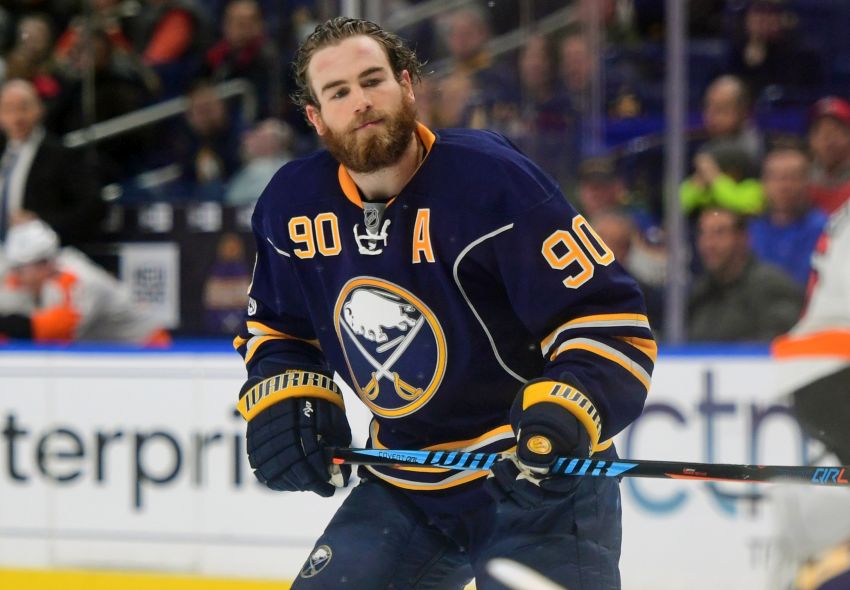 Ryan O’Reilly wants to improve his own play and be a better leader. ©2017, Dan Hickling, Olean Times Herald

BUFFALO – On the surface, Ryan O’Reilly’s season looks decent enough. In 72 games, the center compiled 20 goals and 55 points, numbers that ranked third and second on the Sabres, respectively.

But O’Reilly, as fans here have learned throughout his two seasons, never seems content. He always expects more of himself.

“I thought I had a terrible season,” O’Reilly said Monday as the Sabres held early exit meetings after missing the playoffs again. “I felt like I could’ve done a lot more at different times, wasn’t very consistent. But it’s very disappointing. You let the organization down. A lot needs to change.”

O’Reilly has been beating himself up over the Sabres’ last-place finish. Before their home finale April 5, he sounded off, shouldering much of the blame and saying he was “sick of losing.”

On Monday inside KeyBank Center, he dissected his own game more and repeated he needs to be a better leader.

“I don’t think my numbers were that great,” said O’Reilly, an alternate captain. “I don’t think the consistency was there. I think there was a lot of times, a lot of opportunities to be better and produce. I don’t think I was good enough. I think leadership-wise, I got to be a lot better. I don’t think I did a good job, wasn’t vocal enough saying the right things at times, and it hurt us.”

At times, O’Reilly said, he was “too focused” on himself to help the young team deal with maturity issues.

“When it comes to maturity … it starts with leadership,” he said. “It starts with myself showing the guys how to play the right way, doing the right things.”

Still, O’Reilly accomplished some good things in the first season of his seven-year, $52.5 million contract.

Despite battling injuries, O’Reilly almost reached his numbers (21 goals and 60 points) from 2015-16, his first season as an NHL All-Star. He also improved from a minus-16 to a minus-1.

O’Reilly averaged more minutes than any forward in the league again, skating 21 minutes, 27 seconds a contest. He said the constant action never hurt his play.

“Oh gosh, no,” he said. “I always think I should play more. If I could play 60 minutes, I would like to. I want to be on the ice every time. I don’t think fatigue sets in. Every time I touch the ice I want to win, I want to compete. I just think as a leader I have to be better with how I manage the game, how I communicate – all those things.”

He showcased some solid consistency, too, never going more than three games without a point or five without a goal. He endured a 24-game goal drought in 2015-16.

O’Reilly’s season isn’t quite over, either. He said he will play for Team Canada at the upcoming World Championship in Europe, his fifth appearance in the tournament.

Having only made the playoffs twice in his eight-year career, O’Reilly’s usually available for Canada.