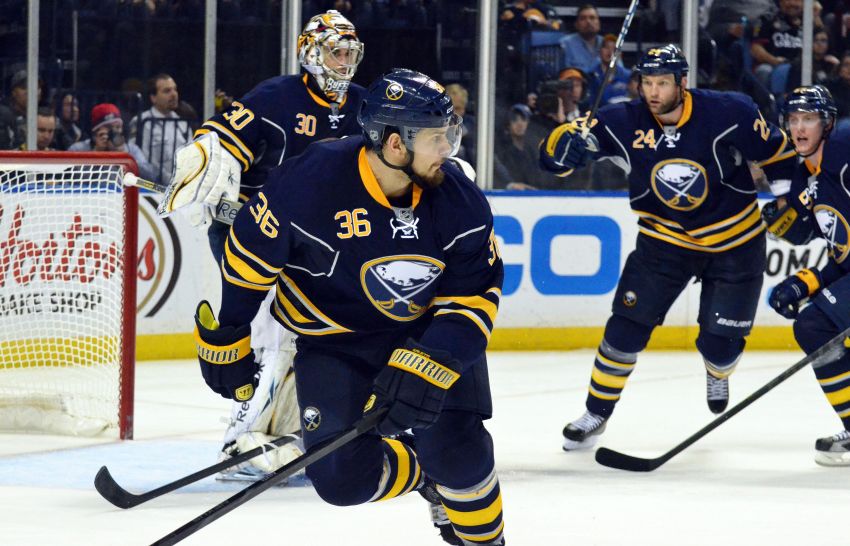 Patrick Kaleta is seething because he will be scratched tonight. The Angola native, the Buffalo Sabres’ chief agitator, has enjoyed a regular spot in the lineup for years, never sitting unless he’s hurt or suspended (so he does miss a lot of games).

But against the Washington Capitals, the aggressive winger, who’s eligible to return from a five-game boarding suspension, will be benched as a healthy scratch.

“I’m (ticked) off. I want to play,” Kaleta told reporters this afternoon in Washington. “And especially after watching some things, sitting there watching the game, I want to play.”

Read more interesting details here. Kaleta doesn’t like how some teammates have been pushed around recently.

Clearly, interim Sabres coach Ron Rolston wants to send Kaleta a message about his reckless play. The Sabres had a 1-0 lead March 3 in New York before Kaleta hit Brad Richards into the boards from behind while killing a penalty. The Rangers quickly scored twice and won a 3-2 shootout.

It can be argued Kaleta’s penalty cost the Sabres their fourth straight win, that the 26-year-old committed a selfish act. He’s a repeat offender and has been under the microscope for years.

“Plays like that happen sometimes,” Kaleta told reporters. “It happens when you have to play on the edge.”

Rolston first asked reporters which player should be yanked for Kaleta. When pressed, Rolston said, “He understands what just happened and the way he’s got to play. But again, we want to balance the way he plays and not take that away from him either because that’s what makes him a valuable hockey player in this league.

Update: Goalie Ryan Miller wasn’t happy about Kaleta’s comments, telling reporters in Washington after the Sabres’ 5-3 loss to the Capitals: “He’s being dramatic. We’re not discussing what Patty says to you guys because that’s just drama, and he needs to just grow up if he’s going to say that to you guys. He had a stupid play in the game. He sat. He was punished. He has to get over it and move on. We handled it. He doesn’t have to go to you guys and say that stuff. So, there, I’m addressing it now, and I’ll go … talk to him about it. There’s no need just to say that.”

Miller added: “He doesn’t need to handle it like that. So we’ll handle it internally.”