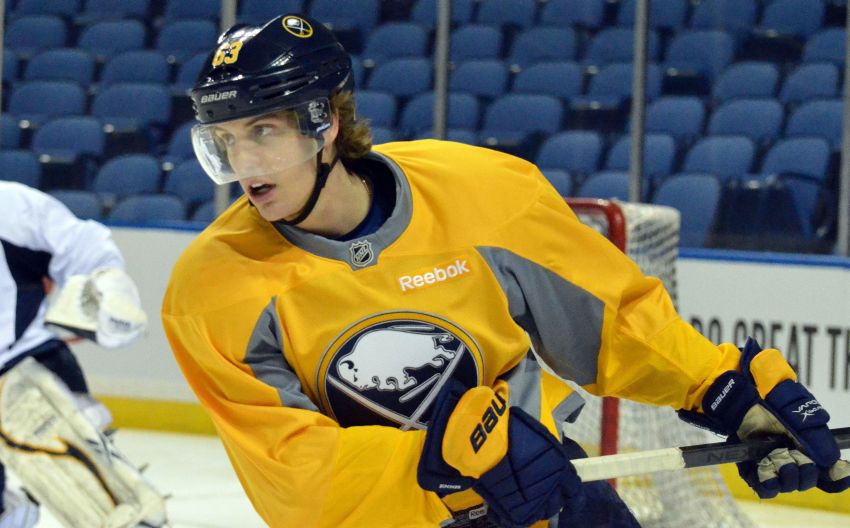 BUFFALO – Tyler Ennis, whose face was crunched into the boards by Wayne Simmonds 15:48 into the Sabres’ 3-2 loss Sunday in Philadelphia, missed practice Monday and is day-to-day, interim coach Ron Rolston said.

“He’s a little dinged up,” Rolston said after the Sabres prepared for tonight’s contest against the New York Rangers inside the First Niagara Center.

In other news, Rolston said defenseman Jordan Leopold will be a game-time decision. The 32-year-old has healed from what was possibly a hand injury. He skated during the warm-up Sunday and was expecting to play.

Instead, Leopold, a healthy scratch before getting hurt, sat for the 10th straight game.

“No, I understand,” Leopold said. “I was disappointed I didn’t have the opportunity. Today’s a new day. Tomorrow’s a new day. I’ll look to get back in the lineup.”

“I don’t know,” Scott said. “I didn’t even say anything to the refs. He just came over and teed me up. I think he was worried about the game getting out of hand because I think he blew a call on (Ennis). … Then he gave Webby the instigator when Simmonds dropped his gloves first. … I was the scapegoat.”

Scott, who has one NHL goal in 166 games, scored twice during a shootout competition Monday, including the practice-ending clincher for the “PK team.”

“It happens every once in a while,” Scott said. “You get a hot stick. It’s just always fun to score.”