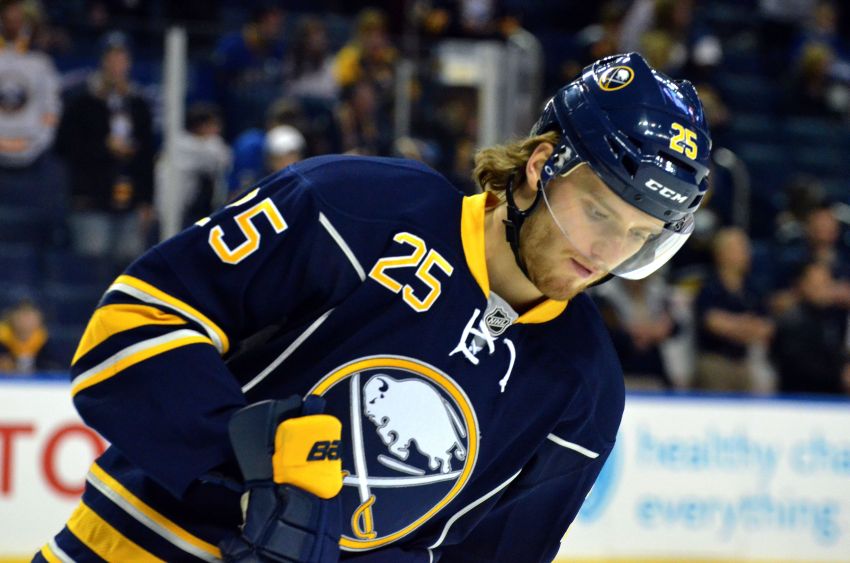 The Buffalo Sabres sent 18-year-old center Mikhail Grigorenko back to the Quebec Remparts on Friday to enhance the prospect’s development, let him be the man again and play big minutes instead of having him fight for ice time in the NHL.

In his first QMJHL game since Jan. 11, Grigorenko didn’t disappoint in this afternoon’s regular-season finale, compiling a goal and four points in the Remparts’ 5-3 win over visiting Rimouski.

“I think it was good timing,” Grigorenko told reporters in Quebec after the game, including Kathleen Lavoie. “I’m real happy that Buffalo sent me here instead of keeping me there and playing me five minutes. It probably would’ve been good if they would’ve given me a chance, put me on 10 minutes. If the Sabres didn’t think I’m ready, I’m glad to be here and get some ice time.”

The Russian had a whopping 30 goals and 54 points in 33 junior games this season.

One thought on “Sabres prospect Grigorenko wows in return to junior”