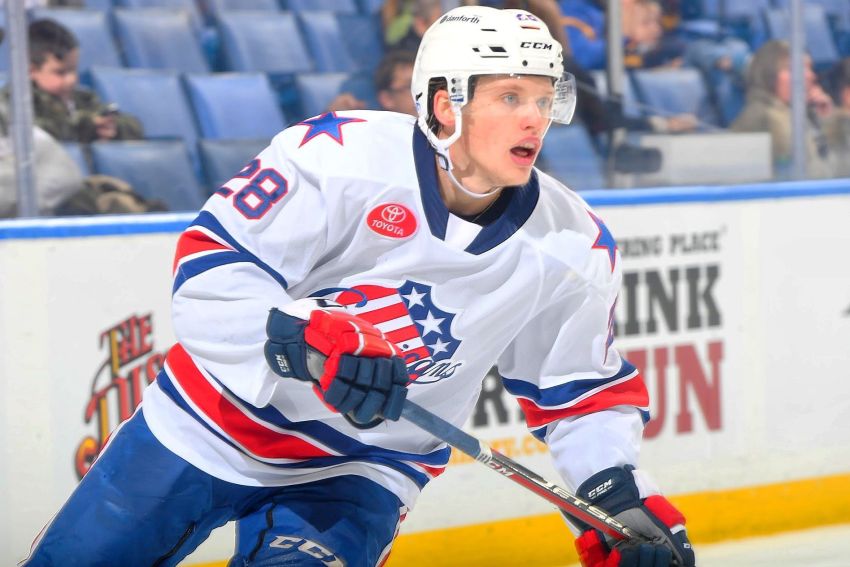 Lawrence Pilut has been a force in the AHL. ©2018, Hickling Images

BUFFALO – The Sabres made their first recall of the season this afternoon, summoning high-scoring defense prospect Lawrence Pilut from the Rochester Americans.

Pilut, 22, has quickly become an AHL star, recording 19 assists and 22 points, both league highs, in his first 15 games. It only seemed to be a matter of time before the Sabres recalled him.

It’s unclear if Pilut will play tonight against the Philadelphia Flyers tonight. Given the Swede wasn’t at the morning skate, he likely won’t make his NHL debut.

Update: Pilut is out.

The Amerks don’t play until Friday.