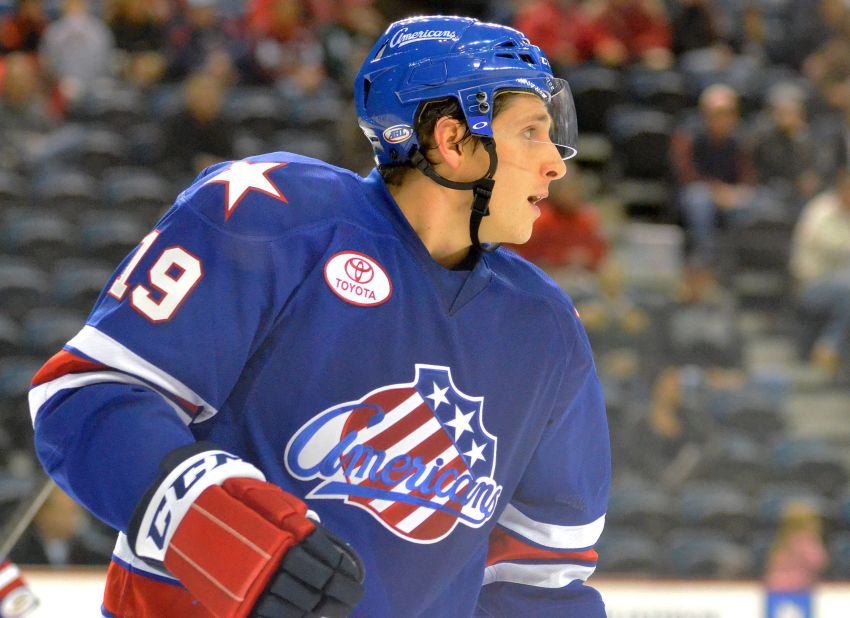 With winger Marcus Foligno out for the season, the Buffalo Sabres today recalled Luke Adam from the Rochester Americans on an emergency basis.

The Sabres play tonight in Detroit against the Red Wings.

This is Adam’s third recall this season. The 23-year-old has one goal and one point in 10 NHL games.

The injury-ravaged Sabres are down 10 players.

Update: In a paper move today, the Sabres placed defenseman Rostislav Klesla on unconditional waivers, according to TSN’s Darren Dreger.

The Czech’s contract will likely be terminated.

The 32-year-old Klesla never reported to Rochester and retired from North American play after the Sabres acquired him from Washington last month.