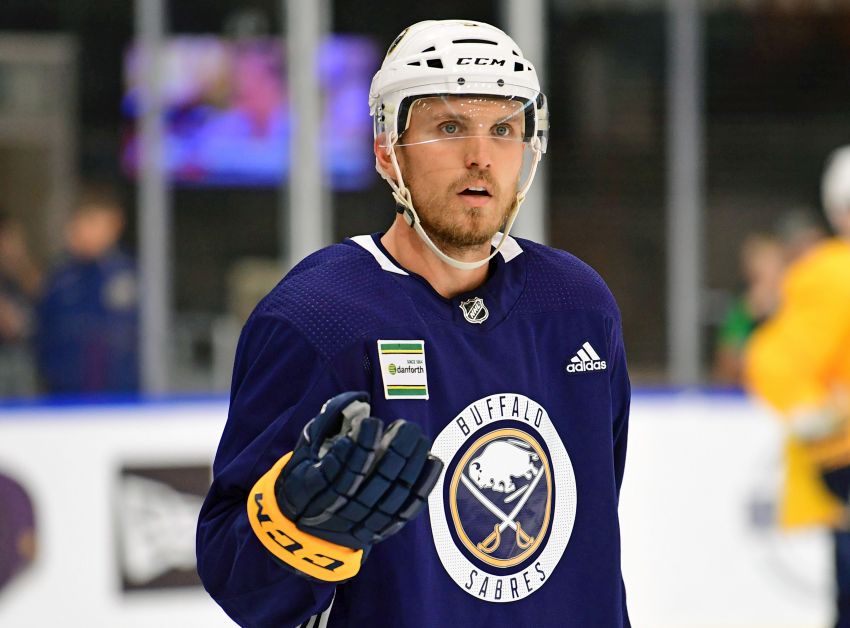 The Buffalo Sabres recalled defenseman Matt Tennyson from the Rochester Americans this morning.

The Sabres lost Nathan Beaulieu 3:11 into Monday’s 2-1 overtime win in Calgary after the defenseman fought Flames forward Curtis Lazar as payback for a hit.

Tennyson, 27, played the Sabres’ first 14 games this season, compiling zero points. He has one assist in 23 appearances with the Amerks.

The Sabres continue their road trip tonight against the Edmonton Oilers.

Update: The Sabres have sent Beaulieu back to Buffalo.

He will be reevaluated Wednesday, Housley told reporters in Edmonton.

Injuries and illnesses have limited Beaulieu to 33 games this season. The flu cost him two games last week.

To replace Beaulieu against the Oilers, the Sabres will dress rookie defenseman Victor Antipin, ending the Russian’s 13-game absence. Antipin, who hasn’t played since Dec. 19, recently battled the flu.