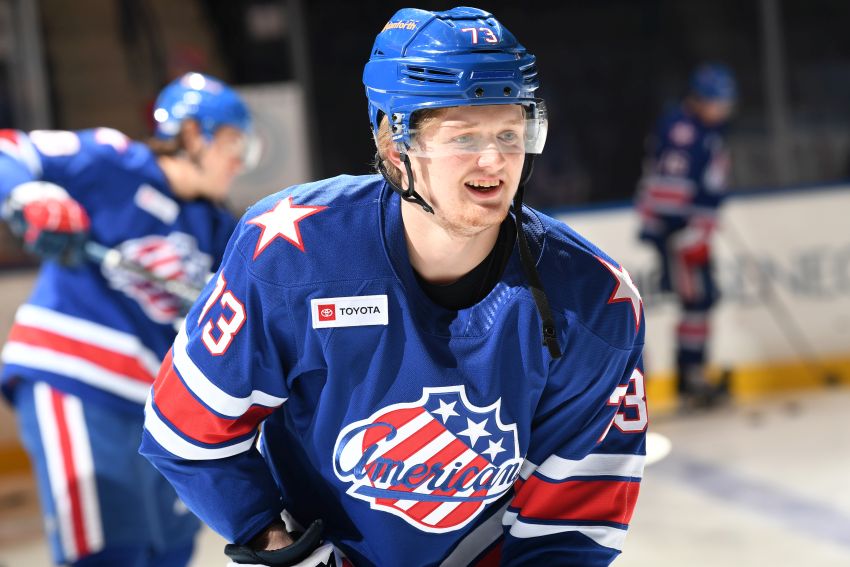 BUFFALO – The Sabres recalled Casey Mittelstadt this morning from the taxi squad, so the forward will play in this afternoon’s game against the New Jersey Devils, right?

Well, while Mittelstadt is back on the roster, coach Ralph Krueger wouldn’t reveal his lineup, including today’s starting goalie. He said 13 forwards and seven defensemen will skate in the pregame warm-up inside KeyBank Center.

Mittelstadt, 22, has played one game this season, registering an assist a week ago in a 4-3 shootout win over the Washington Capitals.

The Sabres, who play four games this week, want to keep their extra players active. The Rochester Americans don’t start their season until Friday.

“We want to keep a group of at least 14 forwards activated for our needs,” Krueger said on Zoom call this morning. “Right now, we’ve been pleased with the seven defensemen, but we might stretch that to eight defensemen as we get into the pace that’s coming now. It’s very important that we keep these players up to speed.”