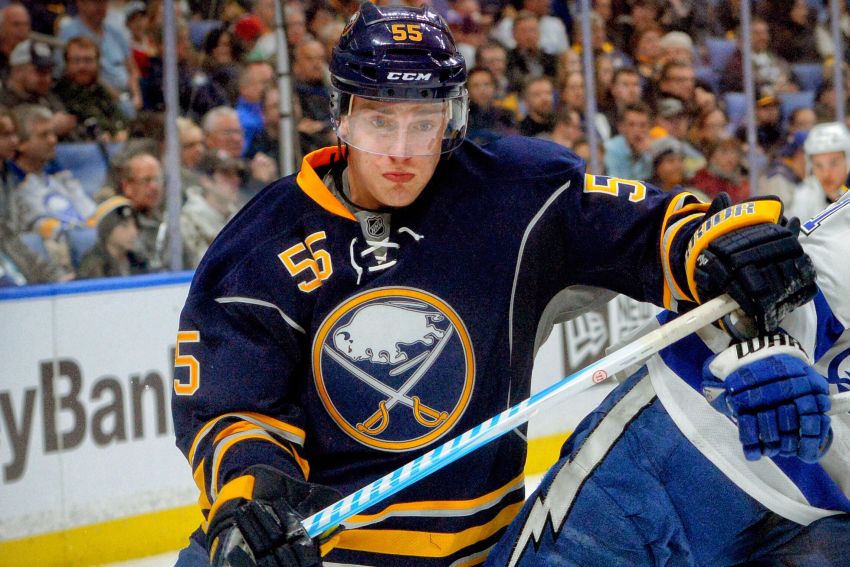 BUFFALO – Rasmus Ristolainen normally offers little insight. Whether the defenseman’s talking about himself or the Sabres, his answers are short and, well, pretty bland.

But after the Sabres completed another miserable season earlier this month, Ristolainen, 23, opened up a bit and talked about how the constant losing he has experienced has taken its toll on him.

Believe it or not, Ristolainen, having debuted Oct. 23, 2013, is the Sabres’ longest-tenured player with winger Zemgus Girgensons, who also began his career that night.

In Ristolainen’s five seasons, the Sabres have finished dead last three times, including in 2017-18. The Finn has never sniffed the playoffs.

Losing is all Ristolainen knows at the NHL level. Incredibly, the Sabres have lost a stunning 66 percent of his 346 NHL games.

“Everyone (had) better change, every single guy needs to change,” Ristolainen said April 9 inside KeyBank Center. “This year was really tough for me, I think, one of the toughest ones so far because you expect a lot and we were not where we need to be. I think from top to bottom, everyone needs to change.

“I’m excited about next year.”

“There needs to be changes,” he said. ‘Obviously, it hasn’t worked out here and I hope whatever changes there are, I think they need to be made.”

But will the 6-foot-4, 218-pound Ristolainen even be around next season?

Ristolainen, the eighth overall pick in 2013, would fetch the Sabres a strong return. If they win the NHL Draft Lottery next Saturday and the right to select Swedish defenseman Rasmus Dahlin first overall, Ristolainen could become expendable.

He certainly fits the bill of a young player who might benefit from a change of scenery. Instead of blossoming into a star, the workhorse’s development has mostly plateaued, even regressed a bit over the past two seasons.

“Rasmus is a really fierce competitor,” Sabres coach Phil Housley said. “He plays a really gritty game with good puck skills and good decisions. I think he’s a guy you can rely on, is dependable. I think he’s got a lot of pride in his game and obviously he doesn’t like where we are right now. He wants to be a solution to the problem and moving forward he has to be a big part of that.”

Ristolainen’s offense stayed level – he scored the same number of goals while his points dropped four in six fewer games – this season.

His plus-minus rating, however, shot up 16. Of course, as one of the Sabres’ key players, he was on the ice for most of the 22 empty-net goals they allowed.

“He has a lot of things you like – size, skill, toughness, grit,” said one scout who has watched Ristolainen’s NHL career. “I’m just not sold on his hockey sense. He does some dumb things sometimes. I think he is a bit stubborn to coach as well. I think he might grow out of it. He could be a good No. 2 or 3 D-man but I don’t think he is an A1.”

As the scout said, Ristolainen could be miscast. While he can do many things well and munch a lot of minutes, he might be better suited for a secondary role.

Naturally, Ristolainen said he wants “to be one of the top guys in the league.”

“I want to try to take steps every year to be a better player,” he said.

Ristolainen also said he wants to be a better leader and “more vocal.”

“I feel like I work hard every day on and off the ice, but I can be a better leader vocally,” he said.

He added: “I have had some great leaders so far with the teams I’ve been (on) here and back home. I want to learn from all those guys and be one of them.”