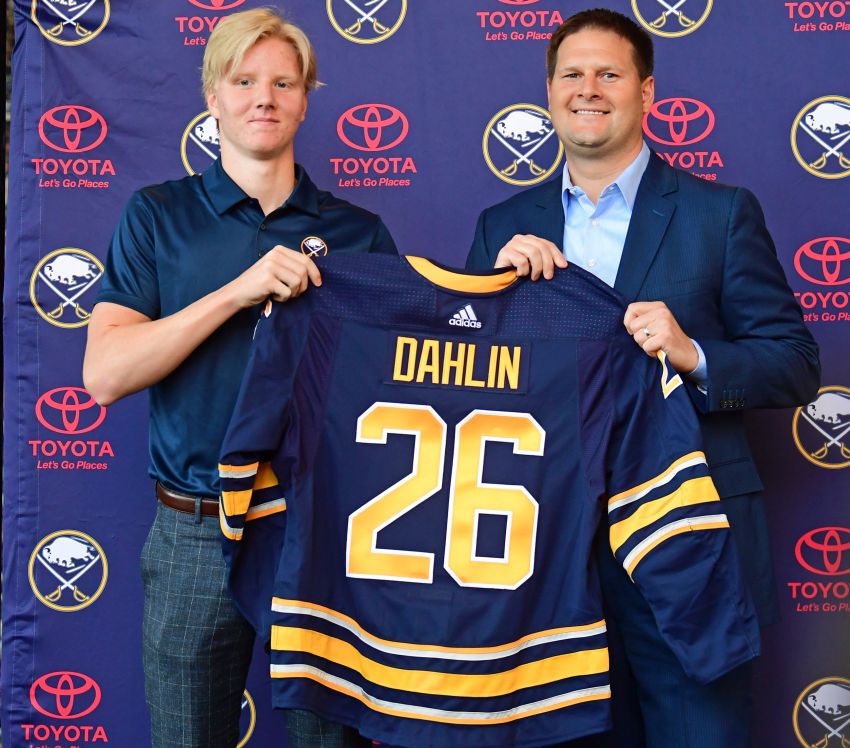 But because the number now belongs to Dahlin, there is a very good chance no one will ever wear it again. Get used to seeing No. 26 Dahlin jerseys all over town for a long time.

The Sabres introduced an excited Dahlin, the first overall pick on Friday, during a news conference this morning inside the KeyBank Center pavilion. They gave him his jersey after it ended.