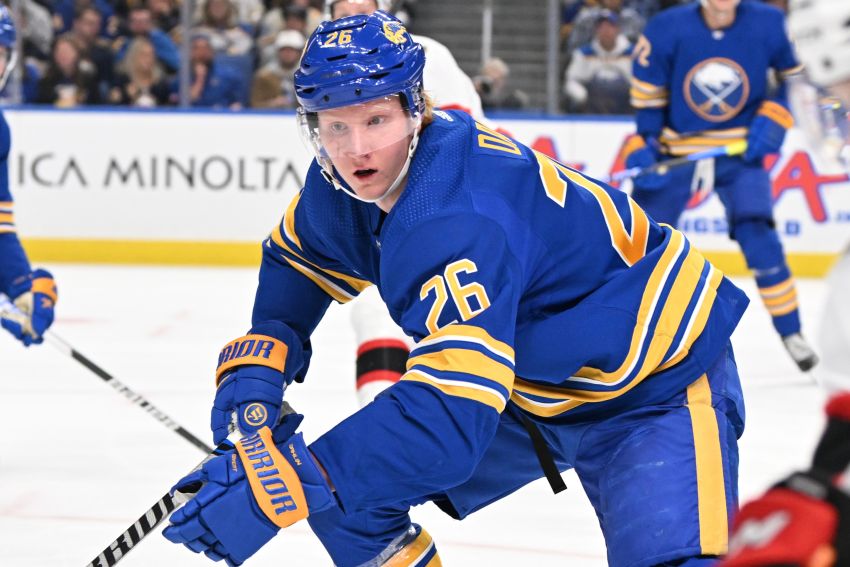 “It was an accident after,” the Sabres defenseman said this morning of the upper-body injury that sidelined him Saturday. “I was hit kind of late. My neck was a little bit off. I don’t know, it was a mix of everything. So it wasn’t that situation.”

Dahlin, 22, will return for tonight’s game against the Arizona Coyotes at KeyBank Center. The Sabres, having lost two straight games, sorely need their early-season MVP.

The Swede finished Friday’s 5-3 loss in Carolina, playing 26 minutes, 58 seconds and scoring a power-play goal with one second left in the third period. After the game, however, he said he “was kind of feeling a little bit off.”

So he decided to sit out Saturday’s 5-3 road loss to the Tampa Bay Lightning.

“I took the sure before the unsure,” Dahlin said. “When it comes to the head, you got to be careful. So I’m all good now and I’m ready to go.”

Dahlin learned a lesson in Friday’s contest. Over the years, he has developed an edge, getting under opponents’ skin and drawing their ire.

Against the Hurricanes, he shot the puck after the whistle. That’s when Kotkaniemi came in.

“I made a stupid play,” Dahlin said. “I shot after the whistle. You’re not supposed to do that. So I’m blaming myself.”

In other lineup news, defenseman Ilya Lyubushkin, who did not skate this morning, will play tonight, coach Don Granato said. Goalie Eric Comrie will start, his ninth nod this season.