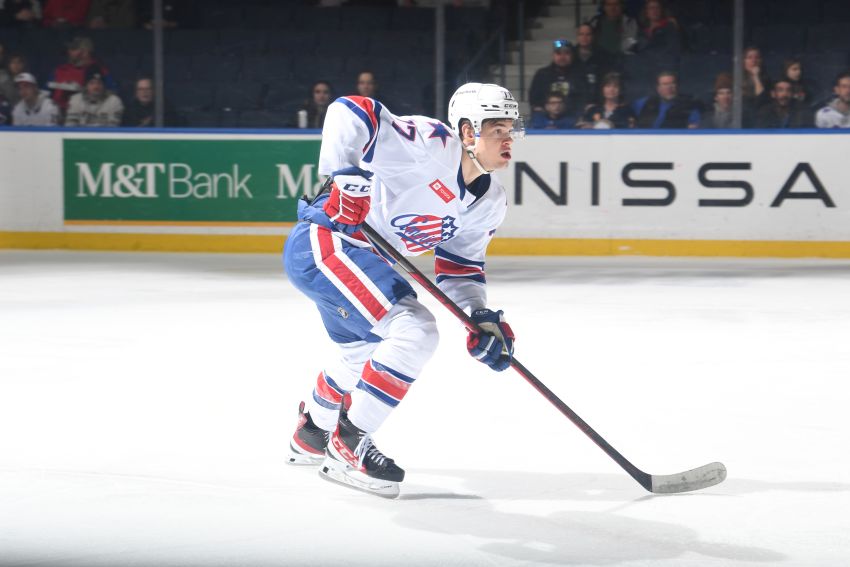 Peterka, 20, leads all rookies with 64 points in 69 games and has also scored 25 goals, a total that is tied with Quinn for third among first-year players. Peterka’s 39 assists rank third among rookies.

The German, who turned 20 on Jan. 14, has registered the most points by an AHL player in his under-20 season since Guy Chouinard had 80 for the Nova Scotia Voyageurs in 1975-76.

Meanwhile, Quinn, 20, has been electrifying all season, compiling 59 points in 44 outings. His 1.34 points per game rank third in the AHL behind T.J. Tynan and Williamsville native Andrew Poturalski.

Quinn has 18 multi-point outings this season and hasn’t gone more than two games without recording a point.

The Sabres drafted Quinn eighth overall and Peterka 34th in 2020. They’re the first pair of Amerks rookies from the same draft class to record 50 or more points since Doug MacDonald and Scott Thomas (1989) in 1992-93. That’s also the last season the Amerks had multiple rookies register 50 or more points.

Peterka and Quinn each played their first two NHL games earlier this season.