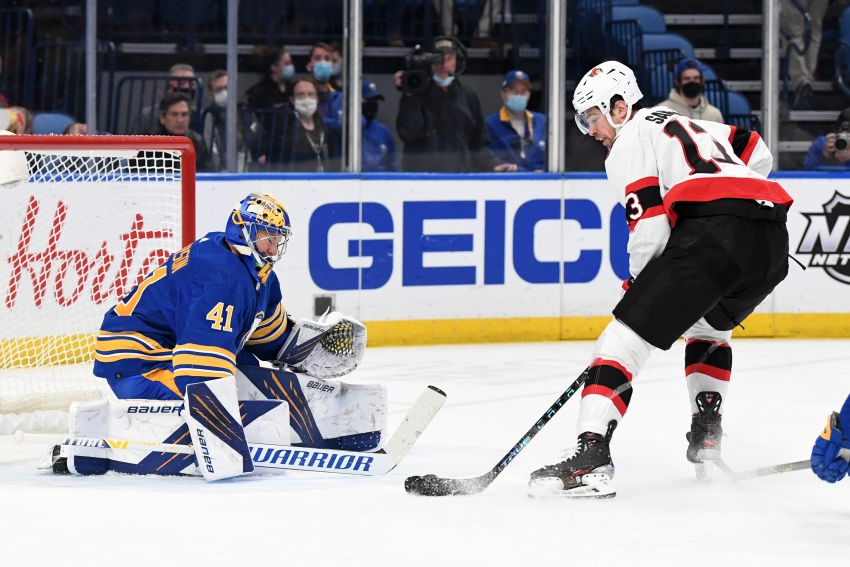 “We want them to play, and they’re right on that cusp,” Granato said. “They are day to day.”

The Sabres play their final road game tonight against the Boston Bruins.

Okposo, who appeared to injure his left leg during Monday’s session, did not skate practice Wednesday.

“It was better off him not skating, and you hope he is ready to play probably not tomorrow, but love to have him in the final game,” Granato said following Wednesday’s practice at KeyBank Center.

Okposo accompanied the Sabres to Boston.

“I’m just going to kind of see how it is when I wake up tomorrow and go from there,” Okposo said.

“Anderson made it through practice no problem, so that’s what we suspected, he was close to being ready,” Granato said. “He’ll only play one of the two. We’re going to split tomorrow and the following day in the back-to-back. If I had to guess right now, he’d probably play the second one, give him another day to skate and get back into it.”

Update: The Sabres have recalled goalie Aaron Dell from the Rochester Americans.

One thought on “Sabres’ Kyle Okposo, Craig Anderson could play again this season”