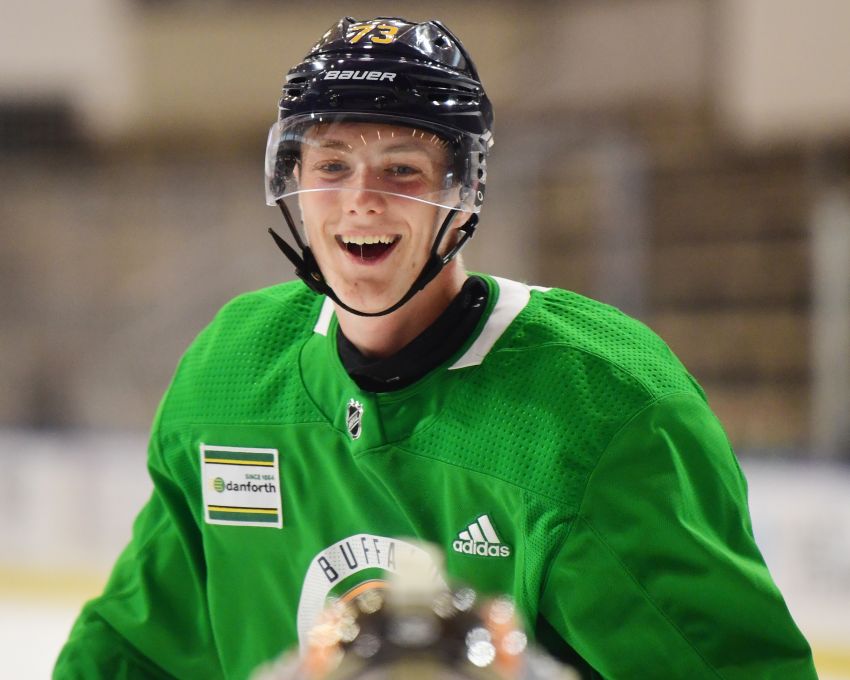 “It definitely feels like forever,” Pekar said this morning after the Sabres prepared for their Prospects Challenge opener against the New Jersey Devils inside Harborcenter. “I haven’t played a game since January.”

Still, Pekar’s rookie campaign solidified his place among the Sabres’ top prospects. The center’s mix of skill and grit often makes him the most electrifying player on the ice.

The 6-foot-1, 185-pound Czech loves thumping and agitating opponents, and he plans on showcasing his aggressive style in the rookie tournament.

Pekar also spent about a month this summer working out in Buffalo, where he roomed with prospect Dylan Cozens, a center the Sabres drafted seventh overall in June.

The youngsters got to know each other well.

Pekar has been skating on a line beside Cozens and Lukas Rousek.