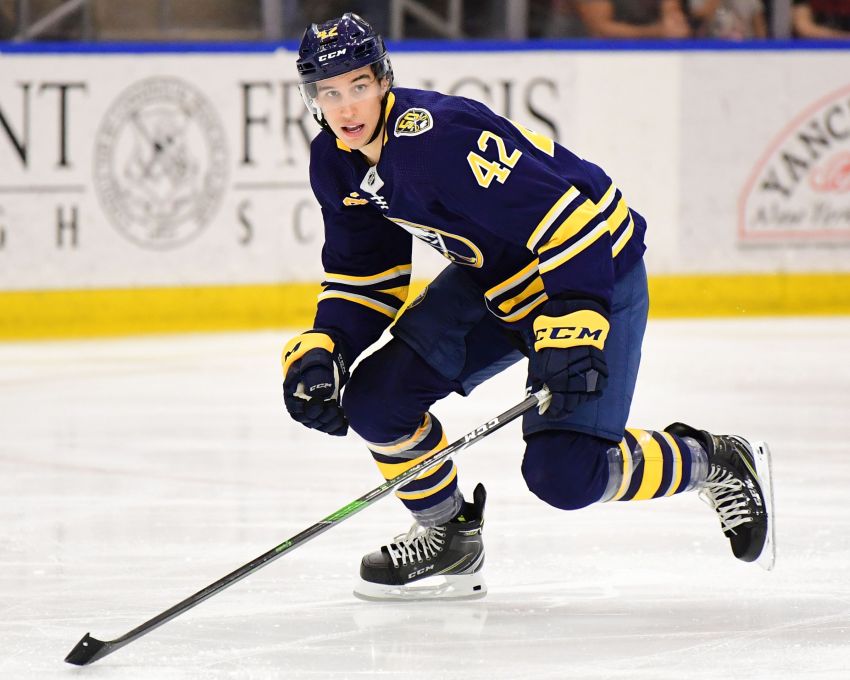 BUFFALO – Once the puck dropped Friday, Sabres prospect Dylan Cozens never thought about the left thumb he had surgically repaired in July.

“I forgot about it and just went out and played hockey like I always play,” Cozens said after scoring a goal in Friday’s 6-4 win over the New Jersey Devils. “I just put that behind me.”

Cozens, who hurt his thumb during a development camp scrimmage June 29, wasn’t cleared to play until Thursday. Still, the seventh overall pick looked sharp throughout the Prospects Challenge opener inside Harborcenter.

“I felt good,” Cozens said. “It was a fast game, lots of good players, everyone’s competing hard. It was good to just get my legs under me again.”

In addition to skating Cozens on a line between Matej Pekar and Lukas Rousek, coach Chris Taylor utilized the Yukon native on the power play and penalty kill.

Cozens’ goal from the right circle 13:19 into the second period put the Sabres up 5-0.

“I thought Dylan played very well, especially with his injury and coming into his first game,” Taylor said.

Cozens was also whistled for hooking, roughing and interference penalties.