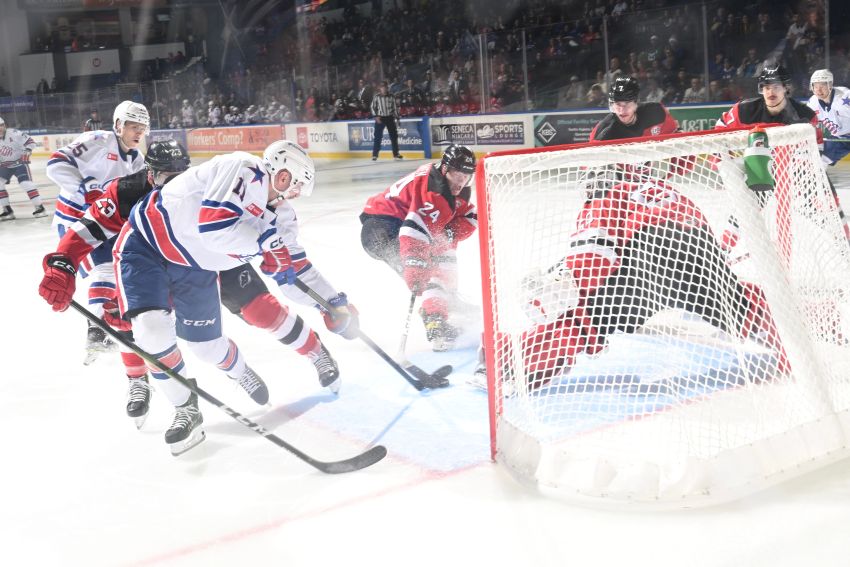 ROCHESTER – In the opening weeks of his first full AHL season, Americans winger Lukas Rousek has further cemented his status as one of the Sabres’ best forward prospects.

Through the first nine games, Rousek, 23, has registered three goals and nine points, the Amerks’ third-highest total. With veteran forwards Sean Malone and Michael Mersch injured, the Czech’s contributions have been critical the team’s 6-3-0-0 start.

“It was high-end skill and intelligence combined with bravery,” coach Seth Appert said following the Amerks’ 5-3 win over the Utica Comets at Blue Cross Arena.

The 5-foot-11, 171-pound Rousek zoomed into the Utica zone down the left wing and left two to defenders flailing as he split them above the circle. When he reached the bottom of the circle, he cut and dragged the puck across the crease before beating goalie Nico Daws.

“When you go to the back post, you know there is the potential of getting run over into the post,” Appert said. “You don’t know for sure but you could. So the reality is when you’re heading there you’re putting yourself in a vulnerable spot but getting to the back post give you the best chance to score.”

“I just play (with) speed and I go behind two D and scored,” he said.