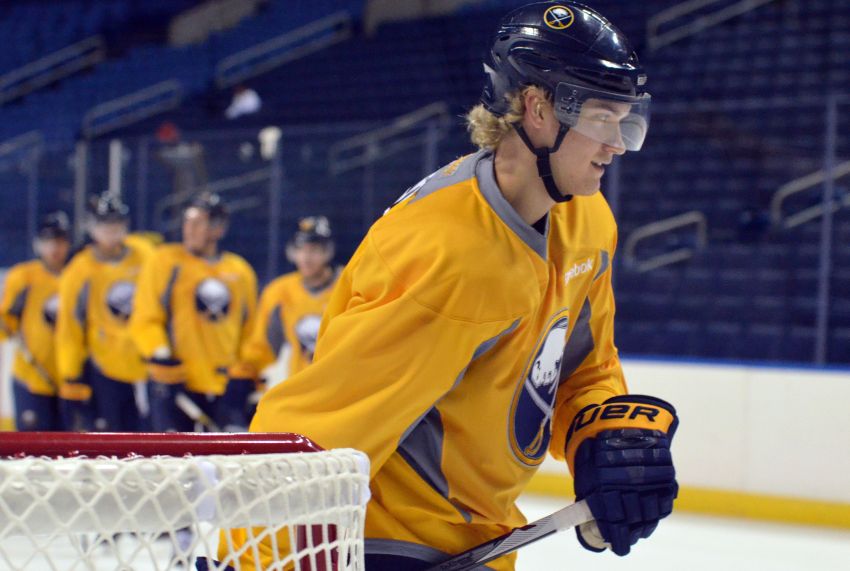 Rolston said a slash from a Columbus Blue Jackets player injured Armia. He doesn’t think the 20-year-old Finn will need surgery, although that hasn’t been determined yet.

“He was doing a good job,” Rolston said inside the First Niagara Center. “I think each game we saw improvement in how he was performing. I think (Wednesday) was one of his best games.”

Armia was possibly days away from being sent to Rochester.