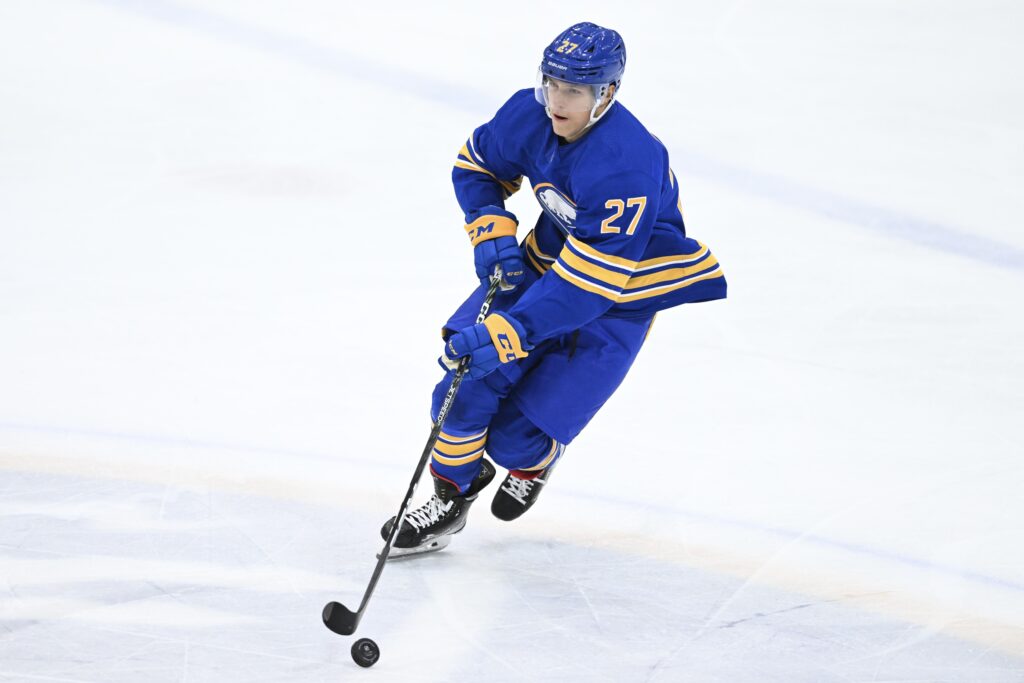 BUFFALO – Forget that Jiri Kulich possesses a shot so lethal his coach described it as “scary.” Forget that the Sabres prospect has recently dominated his peers, scoring 17 goals over a torrid 16-game stretch. Forget that he already has a full season of pro hockey experience.

In a few weeks, following his first NHL training camp, the Sabres will likely assign Kulich to Rochester, where he will begin his North American career with the Americans.

But Kulich, the 28th overall pick on July 7, could earn an early recall or have a brief AHL career because of the mature style he has developed at just 18.

“He should be coming to camp feeling that he can go and show that he should be in Buffalo,” Amerks coach Seth Appert said prior to Kulich’s debut in Saturday’s 7-4 win over the New Jersey Devils at the Prospects Challenge.

“Most goal scorers at that young of an age don’t play very hard,” he said in LECOM Harborcenter. “That’s the reality. They just don’t. They don’t know how to work. They don’t know how to go forecheck, be responsible defensively, because they’ve been the best players on their teams their whole life and they score so many goals that they’re allowed to get away with things.

“He has a work ethic, and a so-called B game about him. That also gives us a lot of confidence about bringing him over here this year, that he won’t be overwhelmed.”

Kulich stood out in his debut, recording an empty-net goal and two assists – the primary on Ethan Ritchie’s first-period goal and secondary on Spencer Sova’s in the second. He centered wingers Lukas Rousek, a fellow Czech, and Isak Rosen and also played on the power play.

“Kulich (had) a really strong first game,” Appert said following the game. “Probably couldn’t have been happier with his first performance.”

Kulich’s presence in Saturday’s contest was surprising. Appert said last week a lower-body injury would sideline him the entire tournament.

He said Kulich arrived at rookie camp “a little sore” and he aggravated the problem during testing. The Sabres did not want to rush him into the lineup.

“But upon a second review and a more in-depth look from our medical team, it was deemed that there’s no issues at all,” Appert said.

The youngster skated on his own Friday and participated in Saturday’s morning skate.

In between, the Sabres used their third first-round pick to select Kulich. Appert couldn’t believe he lasted until late in the opening round.

“I was blown away by his play at the Under-18s and, quite frankly, I was surprised he fell to where he fell,” he said. “And then felt even more that way at development camp.”

“You saw that at the World Juniors … he’s also a forechecker,” he said. “He’s the guy that goes hunts pucks, comes up with puck battles, takes pucks to hard areas.”

Kulich said his “defensive game is not great but not bad.”

“When I focus on the defensive game, I think I’m a good player on defense,” he said.

Kulich, of course, can be a dynamic offensive threat. He scored a tournament-high nine goals in six games while serving as captain at under-18s. He’s so dangerous, in fact, Appert said he “has a great swagger about him.”

“It’s not arrogance at all,” he said. “But there’s a real swagger and belief that he carries around. He’s an elite player, carries himself like that.”

Some of that confidence can be traced to his elite shot.

“Some guys’ shot just comes off differently,” Appert said. “His shot gets off his stick so much quicker. A lot of times when guys are really hammering a puck, it’s a big wind up and they’re putting everything into it. … It’s a special shot and it comes off his stick in a very unique way.”