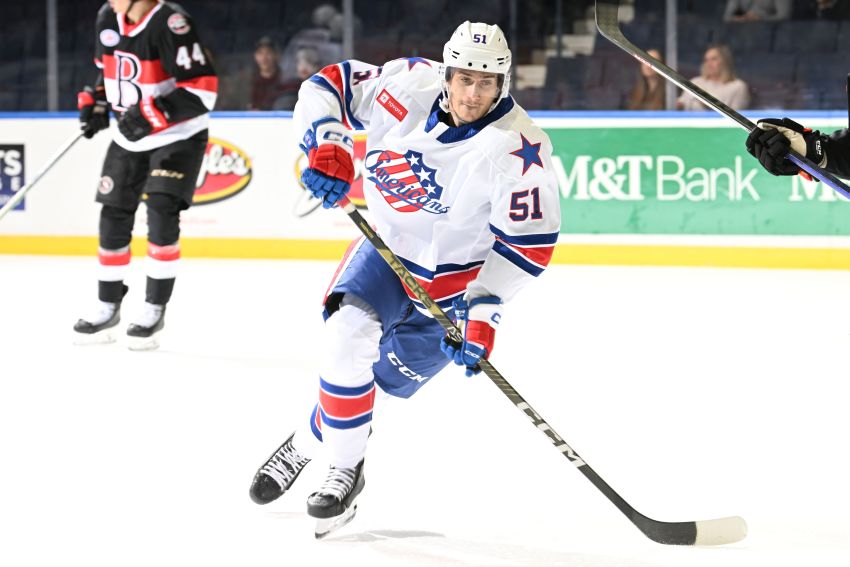 As the undersized rookie’s shot tally illustrates, he has been creating offense as he tries to make the difficult adjustment to North American hockey and a new culture at just 19.

“He’s been extremely effective for a player that’s 157 pounds in his first year in North America, doesn’t speak the language great yet,” Amerks coach Seth Appert said on a Zoom call Tuesday. “Every game he is involved in what you would call, if you categorize your chances A, B or C … he’s involved in A and B chances every night. So that’s a great sign.”

So is the trust Appert has quickly shown in the 5-foot-10 Kisakov, whose only previous pro experience was a four-game stint in Kontinental Hockey League last season. In the waning minutes of close games, he feels comfortable utilizing the trio of Kisakov, rookie Filip Cederqvist and center Mason Jobst.

Kisakov, a second-round pick in 2021, 53rd overall, has played every game at right wing with Cederqvist and all but one beside Jobst.

“I’m putting that line on the ice in the last two, three minutes of the game up by a goal, down by a goal,” Appert said. “The fact that guys like him and Cederqvist are earning that this early in their career is a great sign. The offense is going to come for Kisa as long as he keeps working, keeps playing this way and starts to acclimate to the limited time and space.”

Appert said last month Kisakov’s talents make him “a little bit of a magician with the puck.”

“He really is, his creativity,” he said. “His edge control is really special.”