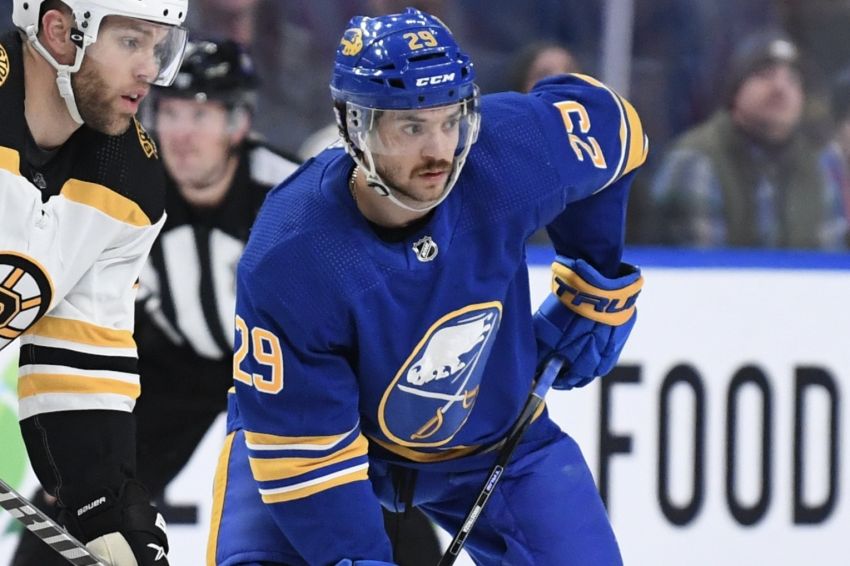 The Sabres this afternoon placed winger Vinnie Hinostroza, who has played just four of the last 20 games, on waivers.

Not surprisingly, Sabres general manager Kevyn Adams has been trying to trade Hinostroza, according to Sportsnet and The Buffalo News.

Waiving Hinostroza, 28, could create a roster spot for the Sabres to carry three goalies. Since early last week, they’ve been making moves almost daily – most of them on paper – to keep Craig Anderson, Eric Comrie and Ukko-Pekka Luukkonen in play.

Right now, Luukkonen is technically on the Rochester Americans’ roster. He will likely be recalled prior to Thursday’s game against the New York Islanders.

Hinostroza, 28, was recently a healthy scratch for eight straight games. He returned for three contests last week before sitting out the last three.

He has earned sporadic duty this season, compiling zero goals and eight assists in 19 games.

Last season, his first with the Sabres, Hinostroza scored 13 goals and 25 points in 62 outings. He parlayed that steady campaign into a one-year, $1.7 million contract.

But the emergence of rookie wingers JJ Peterka and Jack Quinn and a healthy forward corps has pushed Hinostroza, a popular teammate, out of the lineup.

Hinostroza has compiled 51 goals and 145 points in 353 career NHL games. He played for the Chicago Blackhawks, Arizona Coyotes and Florida Panthers before joining the Sabres.