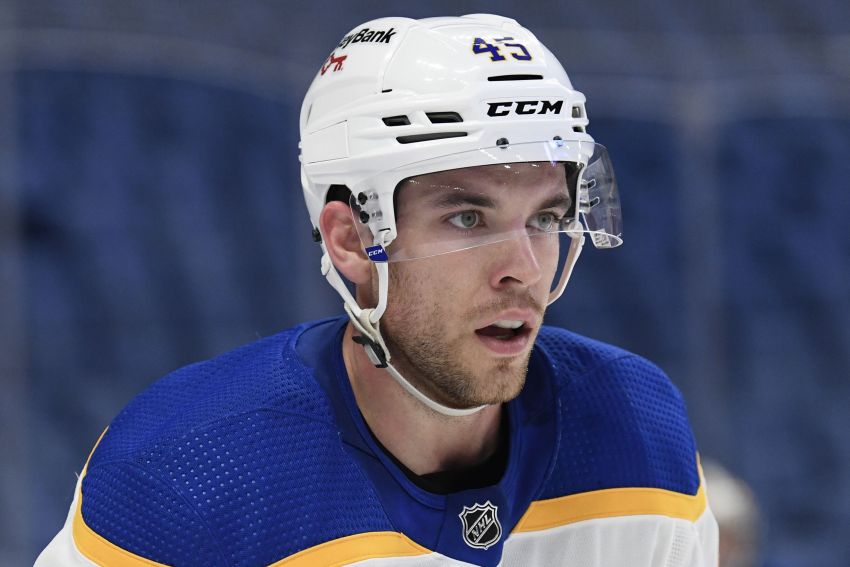 BUFFALO – The Sabres this afternoon waived defenseman Casey Fitzgerald, a move that creates a roster spot for them to recall goalie Ukko-Pekka Luukkonen from the Rochester Americans.

Update: Defenseman Henri Jokiharju, out since suffering a lower-body injury on Dec. 9, has been activated from injured reserve and taken Fitzgerald’s roster spot, according to the team’s website.

In a paper move on Monday, the Sabres sent Luukkonen, 23, to the AHL. The Finn, who never left the team, is expected to start tonight’s game against the Seattle Kraken at KeyBank Center.

Fitzgerald, 25, has sat out the last six games as a healthy scratch. He has compiled three assists in 23 games this season. He was recently passed on the depth chart by defenseman Kale Clague.

General manager Kevyn Adams said on Monday to expect daily roster movement as the Sabres try to keep three goalies on a full 23-man roster. They sent Luukkonen to the minors for a day to make room for goalie Eric Comrie following his condition assignment in the minors.