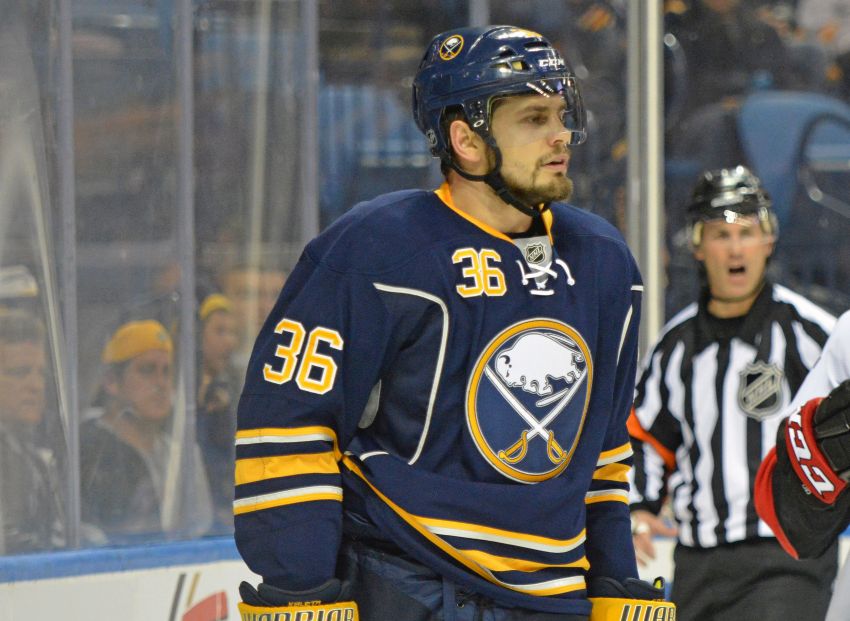 Kaleta had played 21 straight games before a lower-body injury sidelined him for Sunday’s 2-1 loss to Philadelphia. The injury isn’t related to one specific incident.

“I think it’s a combination of just the way he’s been playing and just to clean up some mess,” Nolan said this afternoon following practice inside the First Niagara Center.

Kaleta’s aggressive style has led to a constant string of injuries over the years. The Angola native tore his ACL last season and broke his face blocking a shot in September.

“Somebody who plays as hard he does, and what this team means to him and this organization, this city, he wears everything on his sleeve,” Nolan said. “Boy, his heart’s on his sleeve. When you play that way, sometimes certain things are going to break down.”

Kaleta, a free agent following the season, has likely lost most of his trade value.