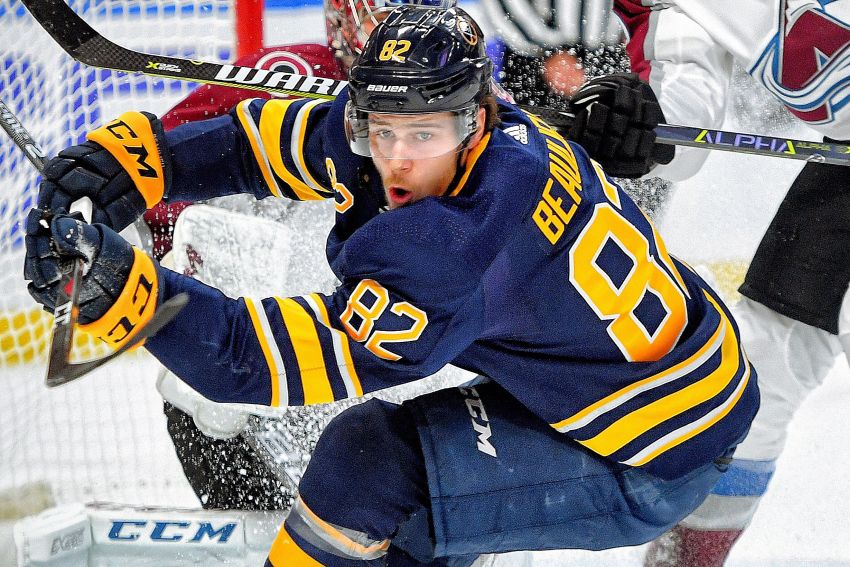 BUFFALO – The sample size was small – just seven games before Nathan Beaulieu left the Sabres lineup. Still, in the first two weeks of 2018-19, the defenseman looked rejuvenated following a miserable season, showcasing a much calmer style.

“When I was playing, I thought I was playing with a lot more confidence,” Beaulieu said prior to returning for Tuesday’s 2-1 overtime loss to the Calgary Flames. “I wasn’t really worried about making mistakes. I liked where my game was at before San Jose.”

Beaulieu, 25, suffered an undisclosed injury Oct. 18 against the Sharks. He missed two games before sitting out another two as a healthy scratch.

But with defenseman Jake McCabe sidelined with an upper-body injury Tuesday, Beaulieu moved in, skating beside Casey Nelson inside KeyBank Center.

Beaulieu was often a gaffe machine last season, battling injuries and occasionally getting scratched. By the end of the year, the former first-round pick compiled only one goal, nine points and an awful minus-19 rating in 59 games.

Beaulieu said he let the trying year – the Sabres also finished dead last – “eat me up right away.”

“I wanted it to burn a little bit,” said Beaulieu, who was acquired from Montreal in June 2017. “I never really had an experience like that. (After) that, I truly just turned a corner, I think everybody else did in this room. You can’t go back and change it, it’s written in stone. You just can’t let it define you.

“So the biggest thing is just being ready. We weren’t ready last year, shot ourselves in the foot pretty early, so I knew how important our start was going to be.”

Beaulieu said his problems were “mental.”

“I believe in myself,” he said. “I’m a talented player, I can skate. It’s my fifth year in the league, so I’m not in unfamiliar grounds. The biggest thing was just being mentally prepared for the ups and downs of a season.”

“He had an excellent camp,” Housley said. “That relayed into the exhibitions and the beginning of the games. I like the way he’s moving the puck, keeping things simple.”

Dahlin, 18, started with McCabe before moving beside Nelson, acquitting himself well with both.

So why move Dahlin? Wouldn’t some stability benefit the first overall pick?

Housley said he partnered Dahlin with Ristolainen to give the talented neophyte “more of a veteran presence.”

Dahlin said he’s willing to play with anyone.

“All the guys on the team are easy to play with, like I’ve said 100 times,” Dahlin said.

Sabres winger Tage Thompson, who turned 21 on Tuesday, made his second straight appearance after sitting out three consecutive contests. Thompson recorded an assist, his first point this season, against the Blue Jackets.

With Thompson in again, the Sabres scratched forward Evan Rodrigues.

Winger Jason Pominville played his 999th NHL game Tuesday and recorded his 500th point with the Sabres on center Jack Eichel’s goal, tying him for ninth in franchise history with Danny Gare.