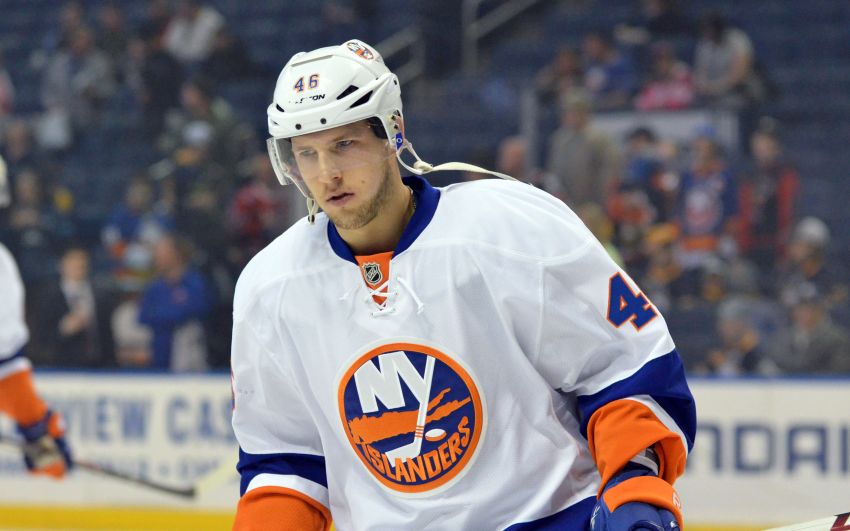 BUFFALO – Tim Murray has spoken about the need for the Rochester Americans to improve following an awful season. The general manager left no doubt he was serious Wednesday, signing two notable AHL players to two-way deals – defenseman Matt Donovan and winger Jason Akeson – for the Sabres’ top affiliate.

“I think they bring depth,” Murray said inside the First Niagara Center.

Otherwise, the Sabres stayed quiet on the first day of free agency. Murray’s still searching for the left-handed shot defenseman he wants to add to the big club. The Sabres are still interested in some unsigned players, he said. Murray has also been talking to teams about trades since last week.

The players the Sabres signed:

– Donovan had three assists in 12 games last season with the New York Islanders, sitting most the season as a healthy scratch. He sat 30 straight games at one point. The 25-year-old has two goals and 19 points in 67 NHL appearances. He has 32 goals and 119 points in 180 AHL contests, making him one of the AHL’s top point-producing defensemen.

– Akeson had 23 goals and 53 points in 57 contests last season with the Lehigh Valley Phantoms. The 25-year-old has 81 goals and 225 points in 265 AHL games. He has one goal and two points in 15 NHL games with the Philadelphia Flyers.

There was also a report the Sabres signed center Cal O’Reilly, an AHL star, to a one-way contract, but Murray said the two sides have only talked. O’Reilly is the older brother of Ryan O’Reilly, the center the Sabres acquired in a blockbuster deal Friday.

The Sabres and Ryan O’Reilly are negotiating a massive long-term contract that could be finished soon. Both sides have exchanged proposals.

Murray said he has no timetable for finding a new Amerks coach. He’s talking to candidates.

He mentioned “special situations” when talking about the search.

“We’re talking about doing some things that haven’t been done before,” he said. “We’re thinking it through.”

Notes: It didn’t take former Sabres winger Cody Hodgson long to find a new team. The 25-year-old signed a one-year, $1.05 million contract with the Nashville Predators on Wednesday, two days after the Sabres waived him to begin a buyout. … Murray said the Sabres received a call about restricted free agent Brendan Saad, who was traded from the Chicago Blackhawks to the Columbus Blue Jackets on Tuesday. The sides talked, but there wasn’t a fit.