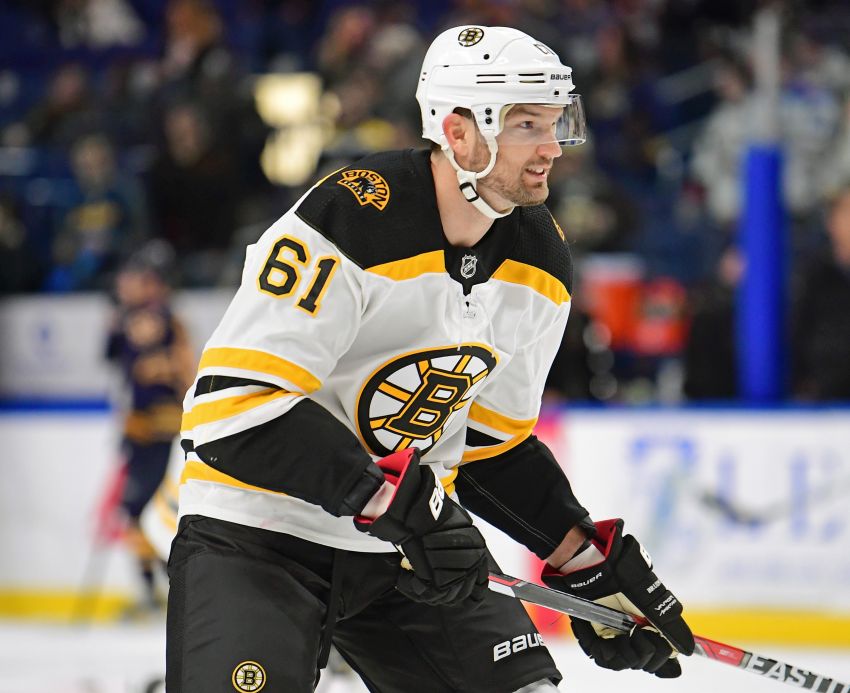 “I’ve only been here for five minutes and I can kind of sense that buzz, sense that excitement, the energy that a winning team has,” an excited Nash said prior to Sunday afternoon’s 4-1 loss to the Sabres.

“I couldn’t be happier,” said Nash, who joined a team on an incredible 31-7-4 run since mid-November.

The Bruins, of course, hope Nash is huge piece that can buoy their run to another Stanley Cup victory.

Nash knew he would be dealt after the Rangers’ recent announcement they planned to start rebuilding. They asked him for a list of teams he would accept a trade to and held him out of two games last week. Sunday’s appearance was his first in a week.

While Nash is three years removed from his last 40-goal season, he has scored 18 times this campaign and had 23 goals a year ago. The Bruins want him to play on the second line, a spot he occupied Sunday beside center David Krejci and Jake DeBrusk.

“You’ve got tough match-ups every night in this league,” Bruins general manager Don Sweeney said. “The deeper you can be, the better off you’re going to be.”

Rumors starting swirling Saturday night the Bruins could land Nash, the first overall pick by the Columbus Blue Jackets in 2002. He found out at 8:30 a.m. Sunday he had been traded.

“The team’s had such a great year you really don’t want to ruffle any feathers, you just want to kind of fit in and help wherever you can, so it’s been a bit of a crazy morning for me,” Nash said.

Nash wasn’t the Bruins’ only addition Sunday. They also signed former Sabres captain Brian Gionta to a one-year contact worth a prorated $700,000.

Gionta, 39, passed on NHL opportunities before the season so he could represent Team USA at the Pyeongchang Games, his second Olympics. The Greece native captained the Americans to a seventh-place finish.

“From the standpoint of the depth, veteran leadership and a player that’s highly motivated,” Sweeney said. “It wasn’t that he didn’t have an opportunity to play this year, he made a family decision.”

So with Gionta and Nash, the Bruins added 2,055 games of NHL experience in a few hours.

Gionta, who has been living in Clarence, played four seasons at Boston College, winning an NCAA title in 2001.

He watched Sunday’s game from a suite.

Late in second period, the Bruins hemmed the Sabres in their own zone for what seemed like an eternity, pumping 10 straight shots on net.

Still, they couldn’t beat Sabres goalie Chad Johnson during their three minutes or so buzzing around the net. The Sabres managed to ice the puck a couple of times, meaning they had to keep the same players on the ice.

That meant five Sabres had some incredibly long shifts. Defensemen Nathan Beaulieu (4:02) and Justin Falk (3:42) and forwards Johan Larsson (3:22) Jason Pominville (3:22) and Benoit Pouliot (3:02) all got stuck on the ice.

Beaulieu said he “felt pretty good” when he finally returned to the bench.

“I didn’t know it was four minutes,” he said. “Those situations happen, that’s why we train all summer. Just luckily it didn’t end up in the back of the net.”

Notes: The Sabres made one change on defense Sunday, inserting Falk for Josh Gorges. … Sabres defenseman Marco Scandella has scored three of his fourth goals this season in the last five games. … The Sabres are 5-4-1 in the last 10 outings.