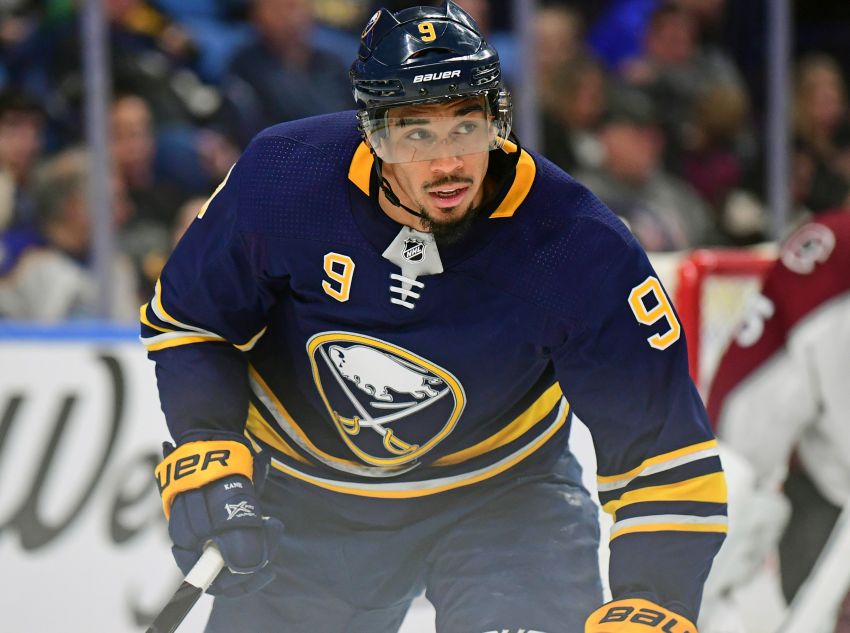 BUFFALO – As expected, Sabres winger Evander Kane, who will almost certainly be traded before Monday’s 3 pm deadline, will sit out this afternoon’s tilt against the Boston Bruins.

The Sabres, of course, don’t want to risk injury to their most valuable trade asset. Kane also was scratched for Saturday’s 5-1 loss in Washington.

Goalie Chad Johnson will start, so does that mean the Sabres have something brewing with starting netminder Robin Lehner, another player they could move?

“Nothing with Robin, we thought Johns had a really good game against Boston last game,” Sabres coach Phil Housley said inside KeyBank Center.

Housley said the Sabres will make one change on defense, inserting Justin Falk for Josh Gorges.

The Sabres imploded late Saturday against the Capitals, allowing three goals in the final 10:13. Is Housley concerned about where the team is mentally with the deadline approaching?

“The guys are going to regroup here,” he said. “They know the effort last night, especially in the D-zone, they weren’t aggressive down there, they were letting the other team cycle, get zone time on us. We’re going to focus on being more aggressive in our D-zone, closing quicker. That’s what we can control, how we prepare for this game.”