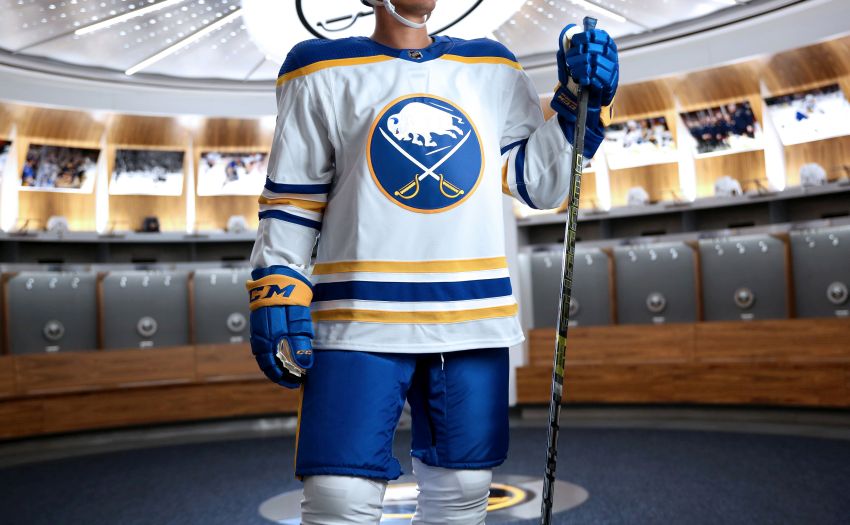 The Sabres are expected to be busy this summer. ©2021, Buffalo Sabres

The Buffalo Sabres have made a significant analytics hire, naming Sam Ventura vice president of hockey strategy and research, the team announced Monday.

Ventura, 33, spent the last six seasons in the Pittsburgh Penguins’ front office, winning the Stanley Cup in 2016 and 2017. In Pittsburgh, he worked under Jason Karmanos, who was hired as the Sabres’ associate general manager April 13.

Ventura earned a bachelor’s degree in computational finance and statistics, a master’s in statistics and doctorate in statistics from Carnegie Mellon University. He also served as an assistant coach for the men’s hockey team.

Of course, the Sabres, who finished dead last in 2020-21, are entering a critical summer that might reshape them for years. They own the first overall pick at the July 23 NHL Draft.

Adams, who hired Don Granato as head coach Tuesday, could overhaul the Sabres in the coming weeks. It’s believed captain Jack Eichel, center Sam Reinhart and defenseman Rasmus Ristolainen would welcome a fresh start and might be traded.