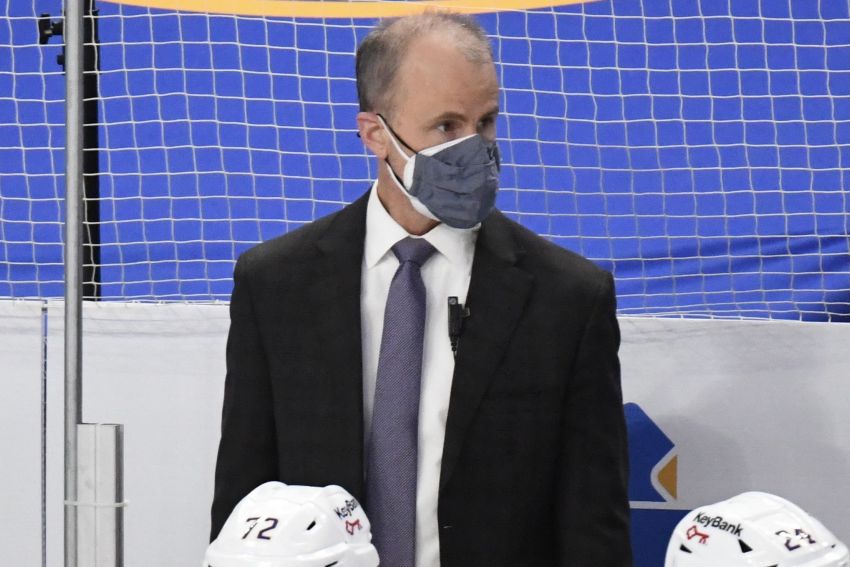 Granato, having transformed the Sabres into a competitive group during his 28-game stint as interim coach, likely could’ve pursued opportunities on higher-profile clubs.

But Granato, who on Tuesday was named the 20th coach in franchise history, wanted to stay in Buffalo.

“This is the position I wanted to be in, I had hoped to be in,” Granato said on a Zoom call Thursday. “Nothing else interested me in the interim. I wanted to make that clear. I didn’t even think of pursuing or potentially pursuing anything else. I didn’t feel that was right. This is something that excites me, to be here.”

Granato, 53, has embraced the stiff challenge of leading the Sabres following their fourth last-place finish in seven years. He spoke confidently during the virtual news conference, saying, “You will see continual progress with our team.”

“I’m convinced of that,” said Granato, the Sabres’ seventh coach in eight years. “I know that.”

Granato understands the pressure that accompanies working in a passionate hockey market like Buffalo. The Sabres have missed the playoffs an NHL record-tying 10 consecutive seasons, an embarrassing streak during which they have morphed into the league’s laughingstock.

Granato said he feels an “obligation” to the team’s disenchanted fan base.

“The demand of the challenge is what excites me,” he said. “To walk in, I fully believe we have a huge opportunity right in front of us. I think our players have started to grasp that with excitement and energy. So the demand of Sabre fans, the demand of our hockey community is right where I want to be. I love that.

“You play the game and you go to bed at night for years and years and years as a kid then a coach, even as a manger, and you just want to be in a hockey environment where people appreciate hockey and winning.”

Adams, a Clarence native, likes Granato’s passion. On Thursday, Adams reiterated he wants to establish a culture in which everyone takes pride in representing the Sabres.

Some of the Sabres’ best players – disgruntled captain Jack Eichel, center Sam Reinhart and defenseman Rasmus Ristolainen – indicated following the season they might welcome a trade.

“I openly talked about to many of you and also within our organization of building this franchise with people that truly want to be here for the right reasons, that love this organization, love this community, are proud every day whether it’s on the ice or part of the staff to work and be part of something special as we move forward,” said Adams, who wasn’t talking about any specific players. “Donnie certainly fits that and fits that mold that we were looking for.”

Still, while Granato emerged as the top candidate to replace Ralph Krueger, Adams acknowledged he “selfishly” wanted to go through the process of hiring a coach. So he talked to coaches with NHL, AHL, European and college experience.

All along, Adams knew he would likely end up hiring Granato.

“I’m glad we did that,” Adams said of interviewing other candidates. “I learned from every one of those conversations. But it felt as we went through the process that Don was the right guy.”

“(He) talked about playing on our toes and talked about let’s have fun, let’s compete, let’s change our mindset,” Adams said. “There was just a lot of the language he was using that I think resonated. So obviously watching close over those games, he started to feel that there was a lot of positivity coming out of the locker room and on what was happening on the ice.”

While the Sabres lost their first six games under Granato, the same group that endured an 18-game winless streak finished the season on a 9-11-2 run, defeating every East Division playoff team.

Some of the Sabres’ top young players – most notably defenseman Rasmus Dahlin and center Casey Mittelstadt – grabbed starring roles down the stretch.

During Adams’ exit meetings in May, he said he learned how much players respected and bought into the message from Granato and his staff.

“You could be the greatest coach in the world,” Adams said, “but if you don’t have the buy-in from the players, it can be a real challenge, and that was clear as well. So all of that lined up.”