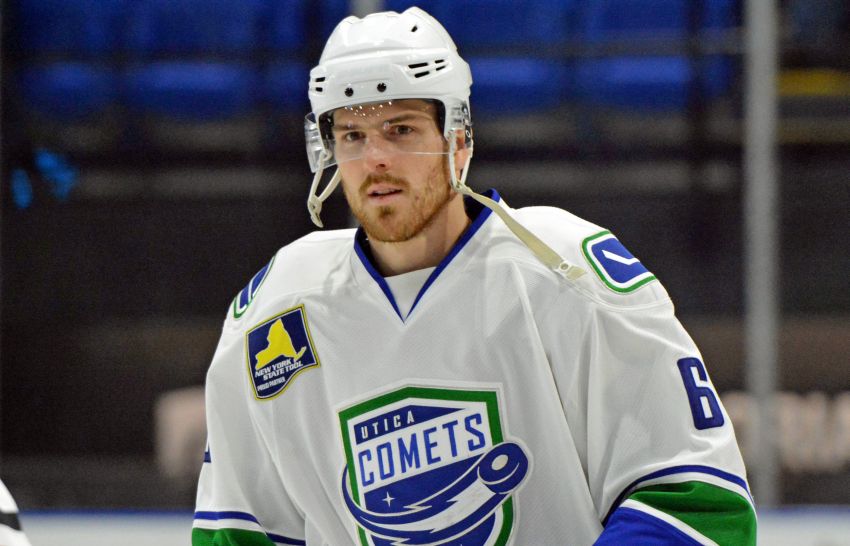 The 6-foot-3, 190-pound Sanguinetti spent all of last season with the Utica Comets, scoring 16 goals and 40 points in 61 games. He also led all AHL defensemen in playoff scoring with three goals and 14 points in 23 contests.

The American has played 45 NHL games, compiling two goals and six points. He played a career-high 37 contests with the Carolina Hurricanes in 2012-13. He spent 2013-14 in Russia.

Sanguinetti was also named the AHL’s fastest skater at a 2010 skills competition.

The Sabres also signed Matt Donovan on Wednesday, another high-scoring defenseman with NHL experience. Both players could start next season in Rochester.