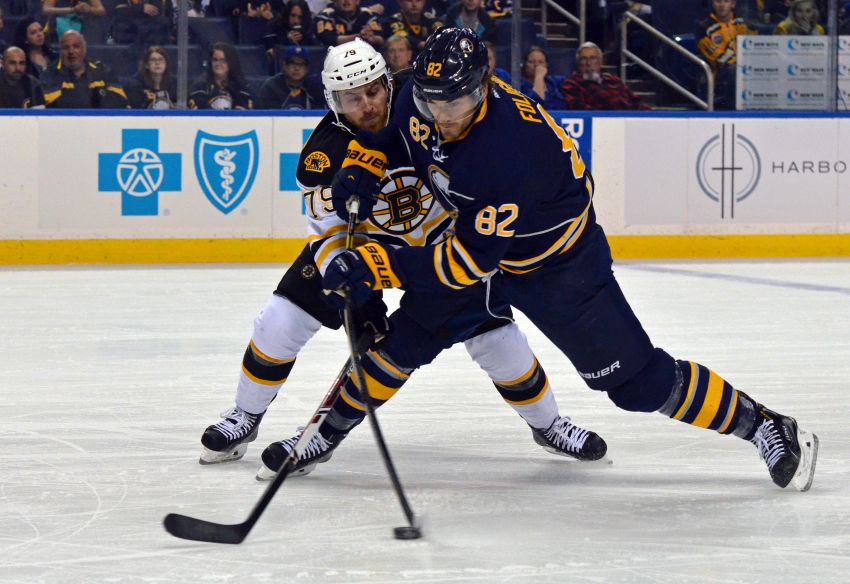 BUFFALO – Before Marcus Foligno broke his hand fighting Boston’s Matt Bartkowski on Dec. 21, the Sabres center was enjoying perhaps the best run of his young career.

Foligno had just been moved to the middle by Sabres coach Ted Nolan. He had a three-game goal streak during the team’s torrid run earlier in December.

“That’s your captain,” Foligno said this morning after skating inside the First Niagara Center. “That’s Brian Gionta. Anyone else in this dressing room gets hit like that, you want to step in for them. That’s the mentality I think we’re trying to grow here.”

Tonight’s game against the scorching St. Louis Blues will be the 18th consecutive contest Foligno has missed. Gionta sat out 13 games. Bartkowski was fined but not suspended.

Check back for more later on Foligno, who joined his teammates for the first time today.

The Sabres will make one lineup move against the Blues, inserting defenseman Andre Benoit for 19-year-old Nikita Zadorov.

Zadorov was in the middle of a big melee in the Sabres’ 6-1 loss Nov. 11 in St. Louis. Is Nolan protecting him?

Nolan wants tonight’s game to be physical. The last meeting got so bad Sabres winger Nick Deslauriers was ejected for spearing. The Blues are 11-0-1 in their last 12 games.

Goalie Jhonas Enroth will start for the Sabres against Jake Allen.