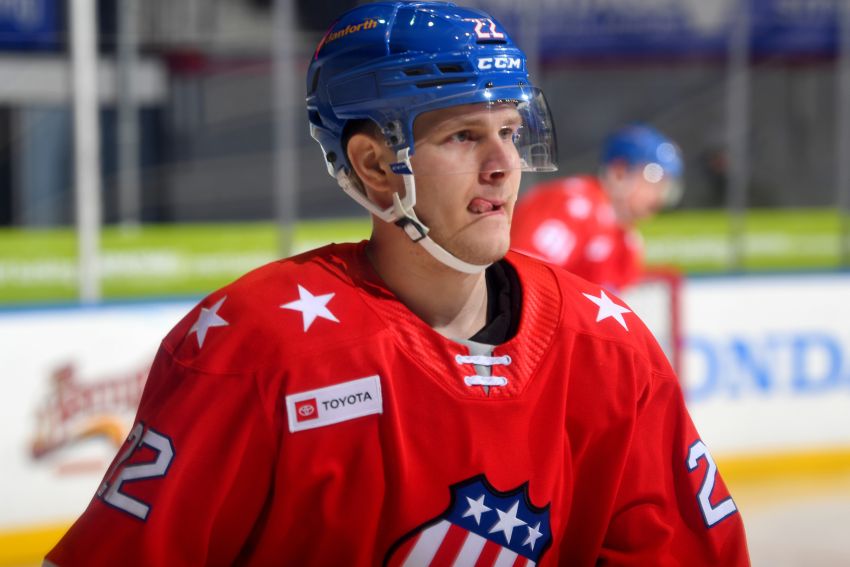 Ruotsalainen, 23, has enjoyed a terrific rookie season with the Amerks, scoring five goals and 13 points in 13 games. He just compiled two goals and five points in two weekend outings against the Syracuse Crunch.

Before the North American seasons started, Ruotsalainen starred for Ilves, a Liiga team in his native Finland. He left Ilves in December having scored a league-high 16 goals.

The Sabres’ old regime signed the 5-foot-8, 181-pound Ruotsalainen as an undrafted free agent in 2019. He has mostly played center with the Amerks.

Meanwhile, Dea, 27, went pointless in one game with the Sabres. He has compiled four goals and 12 points in nine AHL contests this season.

Update: Interim Sabres coach Don Granato said he plans to dress the same lineup for Tuesday’s road game against the New Jersey Devils that he used in Saturday’s 3-2 shootout win over the New York Rangers.

Granato said the Sabres are interested in having Ruotsalainen play “at some point.”