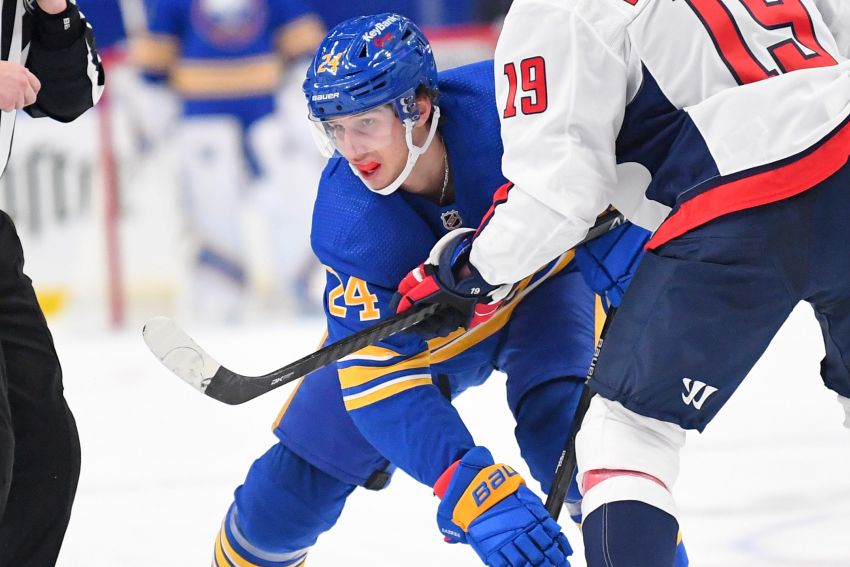 BUFFALO – After the Sabres finished practicing today, center Dylan Cozens and defenseman Will Borgen jumped on the KeyBank Center ice and went through a rehab skate, a strong sign the rookies are progressing from their injuries.

“We need the information on how they responded on the ice before we can go to the next step there,” interim Sabres coach Don Granato said on a Zoom call. “But clearly, they’re closer and closer.”

Granato said if Cozens, 20, keeps progressing, he could return to practice within a week. He has missed the last three games battling an upper-body injury.

Meanwhile, Granato said Borgen, 24, could return to practice shortly after Cozens. Borgen has missed the last 23 contests recovering from a broken forearm.

In other injury news, Granato said he expects winger Kyle Okposo, who had a maintenance day from practice today, to play in Tuesday’s road game against the New Jersey Devils.

“We felt he’d be better prepared not skating today or tomorrow,” Granato said. “Simple as that.”