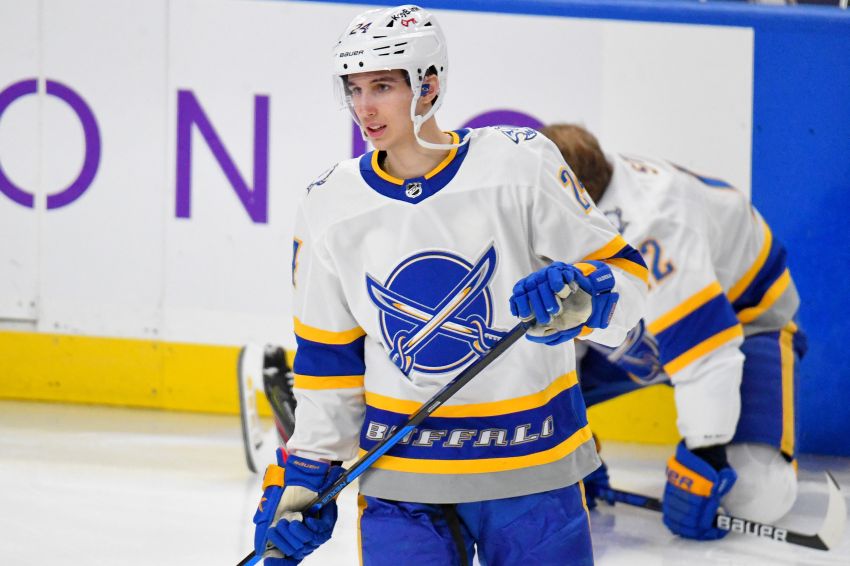 BUFFALO – Rookie Dylan Cozens, who has missed the last four games recovering from an upper-body injury, practiced this afternoon and should play in the Sabres’ next game, interim coach Don Granato said.

The Yukon native returned to his spot on the first line today, centering Taylor Hall and Sam Reinhart.

Cozens hasn’t played since Pittsburgh Penguins center Zach Aston-Reese hit him about six feet from the boards on March 11. Cozens, who hit the boards hard, got up slowly and looked woozy skating off the ice.

Reese wasn’t penalized for the hit.

“I mean, the way I went into the board from that distance, it’s a dangerous hit. I mean, it’s unnecessary and it’s dangerous, but at the same time, he’s just finishing his check.”

The Sabres are scheduled to play a road game Monday against the New York Rangers. Saturday afternoon’s game against Boston at KeyBank Center was postponed because the Bruins have five players in the NHL’s COVID-19 protocol.