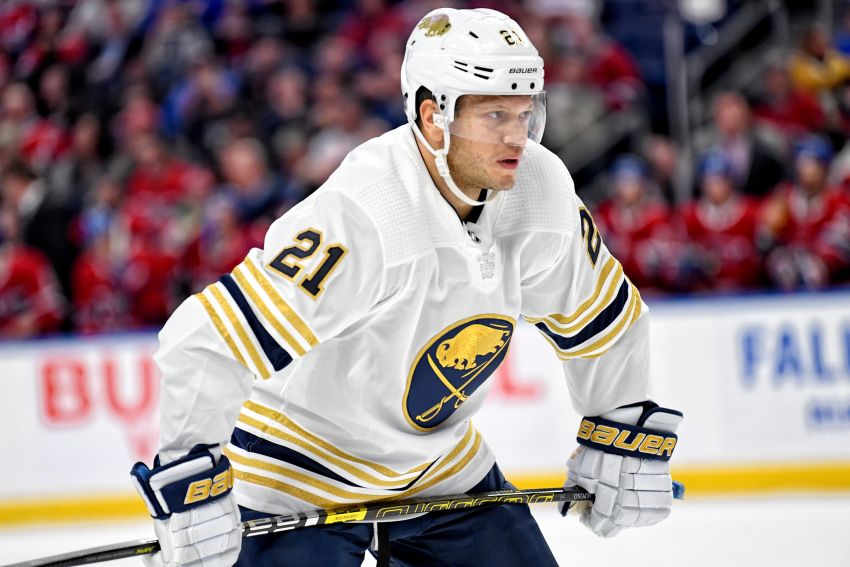 BUFFALO – With winger Kyle Okposo out for this afternoon’s home game against the Columbus Blue Jackets, the Sabres recalled forward Jean-Sebastien Dea from the Rochester Americans on Friday.

Okposo left Thursday’s 3-1 loss to the Montreal Canadiens early with an upper-body injury.

Coach Ralph Krueger said Okposo was being evaluated Friday and the Sabres wouldn’t give more information “until we have 100 percent certainty.”

After bouncing around three organizations last season, Dea said the stability he has enjoyed this season has helped “big time.”

“You feel a lot more comfortable, I feel more energized and stuff, so every time I jump in a game I’m more excited,” he said.