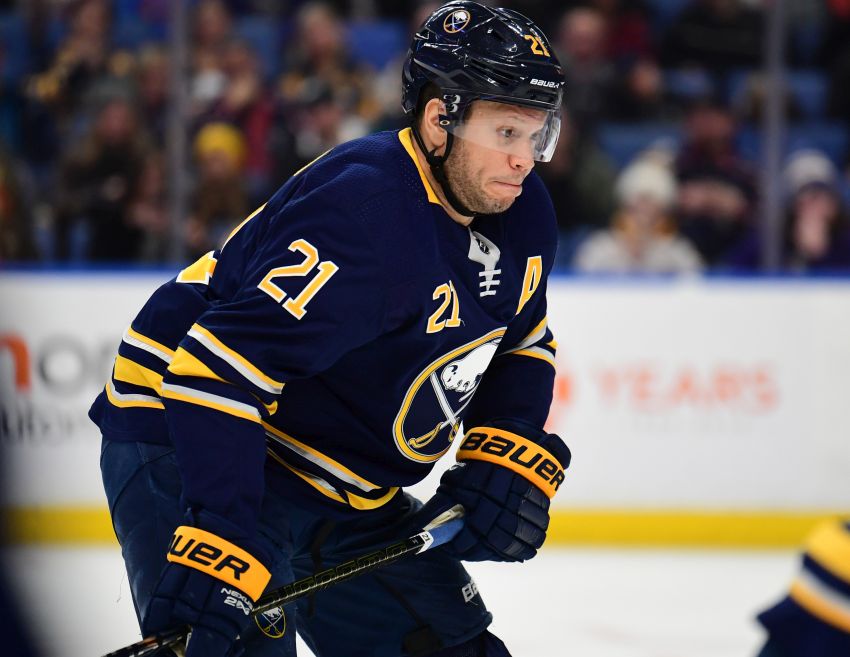 BUFFALO – Late in the winter, in the midst of perhaps his worst season ever, Sabres winger Kyle Okposo and coach Phil Housley had what the veteran called a “good conversation” about his play.

Okposo, of course, didn’t want to share details of his chat with Housley, someone he has known since he was a teenager.

But during their talk, Okposo said Housley, who wasn’t made available to the media Wednesday, “challenged me.”

“I just feel like I kind of got back into the right head space where I knew that I could play and knew what to do to be successful and just going and doing it,” Okposo said Wednesday.

Okposo said his Feb. 26 outing, his second appearance after a concussion sidelined him four contests, was one of his best games this year.

“Kind of since that game I’ve been in a pretty good head space,” Okposo said of the Sabres’ 5-2 road loss to the Philadelphia Flyers. “I feel like I’ve been playing pretty well.”

His numbers don’t reflect a huge change. Entering tonight’s home finale against the Ottawa Senators at KeyBank Center, Okposo has compiled three goals and five points in 18 games since that contest in Philadelphia.

Still, Okposo, 30, has been displaying the talents of a power forward, playing a heavier style. He has scored twice in the last four games, including Tuesday’s 3-2 loss to the Nashville Predators.

Overall, Okposo has compiled 13 goals, 27 points and a minus-10 rating in 76 games this season. The American has never scored fewer than 15 goals and 39 points in full NHL campaign.

His rating has improved after registering a ghastly minus-34 a year ago.

“It’s been OK,” Okposo said when asked to assess his game. “I mean, I still think I have more.”

This season, Okposo’s 12th in the NHL, has been perhaps his oddest, he said. He enjoyed a solid start, compiling five goals and 15 points in the first 25 games. The Sabres, meanwhile, rattled off 10 straight wins in November.

Okposo’s long slump late in the fall – he endured a 21-game goal drought – coincided with the beginning of the Sabres’ free fall down the standings.

“High highs and low lows,” Okposo said of the season. “Definitely where we were at the end of November to where we are now, obviously very different. No one probably could’ve predicted it. Definitely strange, but you have to find meaning in everything, in every season.

“You got to try to get better, try to move forward and those conversations we’ll have next week. But, yeah, definitely a strange year. “

His frustration has been evident for months. After games, he often looks beaten down by all the losing. Following a recent loss, he cursed during an interview.

Okposo is notoriously hard on himself – he acknowledged Wednesday probably too hard – and blunt when talking about his play.

“I’ve been that way my whole career,” Okposo said. “That’s something that probably I’ll never outgrow. I mean, I have a little bit of an awareness around it now that I’m older and aware that I’m hard on myself. Still, it doesn’t always make it easy. There’s times that I can actively think about back off and giving myself a break.

“As long as I’m in this business, as long as I’m playing hockey, I’m going to continue to be that way, because that’s how I know to be successful.”

The Sabres sent defenseman Will Borgen, 22, back to the Rochester Americans on Wednesday. Borgen compiled zero points and a minus-4 rating in his first four NHL games.