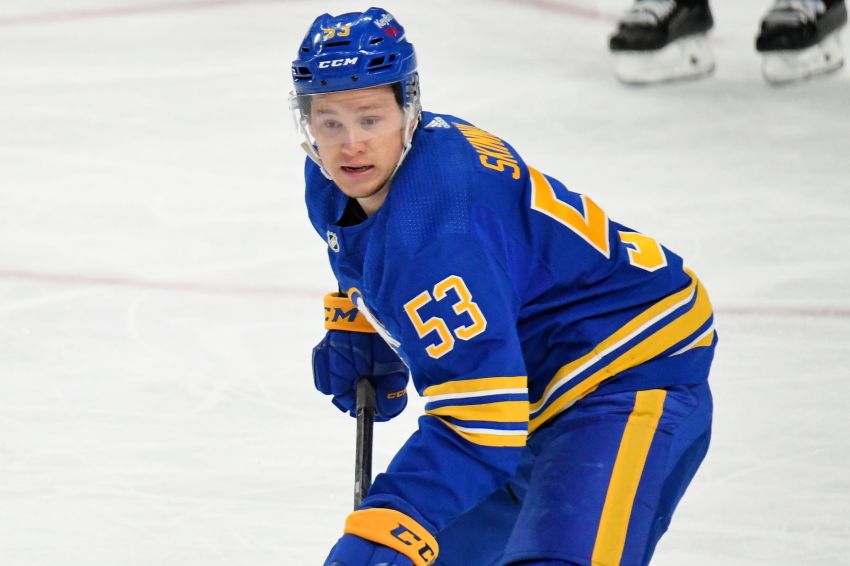 Jeff Skinner has never been a healthy scratch. ©2021, Micheline Veluvolu

Buffalo Sabres winger Jeff Skinner will be a healthy scratch for the first time in his 11-year NHL career tonight against the New York Islanders, coach Ralph Krueger said.

Krueger said Casey Mittelstadt will replace the struggling Skinner, who has scored zero goals in 14 games this season.

“We don’t measure players only on statistics,” Krueger said on a Zoom call late this afternoon inside Nassau Coliseum. “It’s part of the mix. Really, it’s a bit of a gut feel, the best lineup tonight was with Casey Mittelstadt in that spot. It’s less against Jeff than it is for what we think this group needs today and what we need for a game from our team today.

“I did mention to everybody that there would be players sitting out with the pace of games coming up. We got five games in the next six and a half days. There will be underlying messages, of course, anytime somebody doesn’t play. But in the end, the decisions are for the team and for the group and for the chance to win.”

Krueger said it will be “good for Jeff to take a look once from the outside,” meaning his benching could last just one game. The Sabres play a road game Tuesday against the New Jersey Devils.

“We got coaches active with him working together to have him come back and even strong player for us,” Krueger said.

Skinner is in the second season of an eight-year, $72 million contract.

In other lineup news, Krueger said defenseman Will Borgen, who hurt his hand blocking a shot in Saturday afternoon’s 3-2 win in New Jersey, will miss tonight’s game. Krueger said Borgen could play Tuesday.

With Borgen and defenseman Jake McCabe out, Brandon Davidson and Henri Jokiharju are expected to play tonight.

The Sabres recalled Mittelstadt and Davidson from the taxi squad late this afternoon.