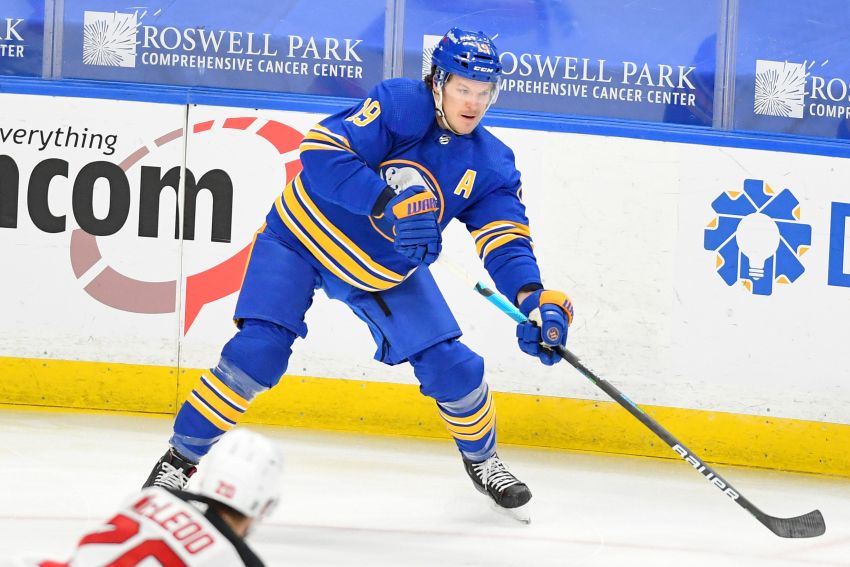 Jack McCabe and Brandon Montour have been cleared to play, so the Buffalo Sabres defensemen will be in tonight’s lineup against the New York Islanders, right?

Well, Sabres coach Ralph Krueger wouldn’t reveal if McCabe and Montour, both of whom tested positive for COVID-19 earlier this month, will play.

“It doesn’t really give us any advantage to reveal our final decisions,” Krueger said on a Zoom call following this morning’s optional skate at KeyBank Center.

McCabe and Montour are still listed on the NHL’s COVID-19 protocol-related absences list. They returned to a full team skate prior to Monday’s 3-1 loss to the Islanders.

If they don’t play, Will Borgen and Brandon Davidson will likely replace them again. Krueger said seven defensemen will warm up tonight.

Update: McCabe will return. Montour, however, will sit again, so Borgen will play. Carter Hutton will start in goal.

McCabe and Montour have been removed from the absences list.

“That was a positive first ice touch,” Krueger said.

Forward Casey Mittelstadt and defenseman Rasmus Ristolainen are also on the absences list.

Update: The Sabres have recalled forward Rasmus Asplund from the taxi squad and assigned winger Steven Fogarty and defenseman Brandon Davidson to the taxi squad.

Update: The NHL announced two changes to the Sabres’ schedule this afternoon.

The Feb. 11 home game against the Washington Capitals the league postponed because of Buffalo’s COVID-19 problems has been rescheduled for March 15 at 7 p.m.

The Feb. 13 home contest versus Washington, another COVID postponement, has been rescheduled for April 9 at 7 p.m.