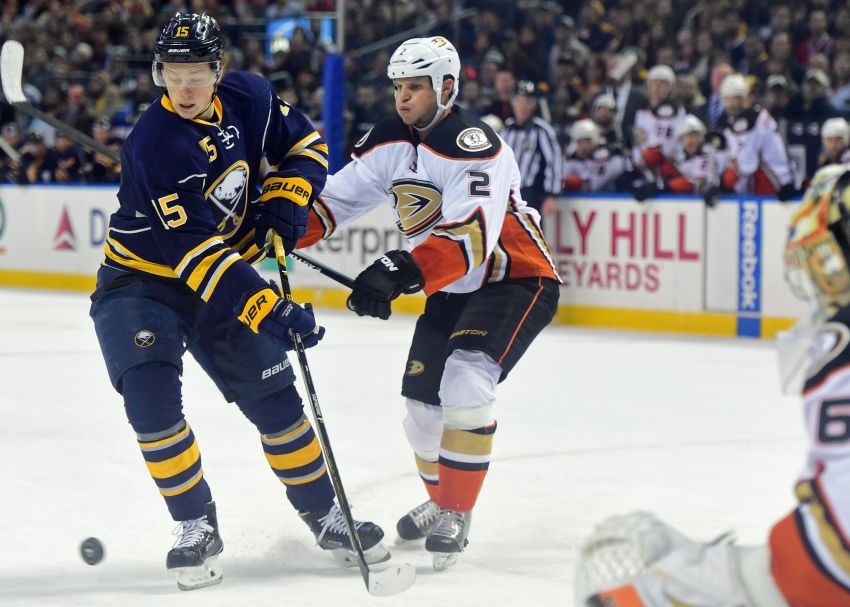 BUFFALO – Relax, everyone. Sabres rookie Jack Eichel only had a maintenance day from practice today, coach Dan Bylsma said. The 19-year-old will play Thursday in Philadelphia.

Bylsma said part of Eichel’s absence today inside HarborCenter was related to a shot block late in Tuesday’s 7-4 loss to Florida. Eichel also has a “couple bumps and bruises.”

In other injury news, center Johan Larsson and winger Zemgus Girgensons, who both sat out Tuesday, also missed practice. Bylsma said they’re being evaluated and one or both could play Thursday.

If they can’t dress, the Sabres could recall a forward.

Update: The Sabres have recalled winger Justin Bailey, a Williamsville native, from the Rochester Americans.

“I told him that he did a poor job, because when you play that well, it makes you want to him again there,” Bylsma joked. “We talked before the game, D-men, they have to skate kind of in a fashion they’re normally not used to. I thought Jake did a real good job of skating, forechecking. He said today he enjoyed today maybe being a little bit of the hunter versus the hunted.”

Check back later for more on McCabe’s night as a forward.