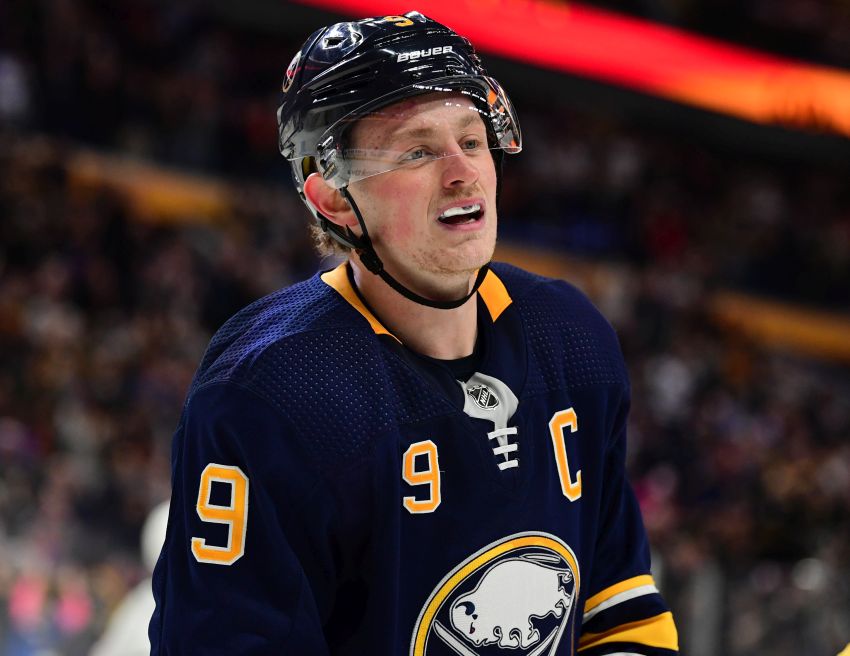 Other than Saturday afternoon’s 3-1 win, a game the Sabres controlled, allowing Phil Housley to rest Eichel a bit for Sunday’s game, the coach has utilized his leading scorer a lot. Eichel has skated at least 20 minutes, 57 seconds in the other eight outings since Jan. 16.

Entering Tuesday’s game against the New York Islanders inside KeyBank Center, Eichel has averaged 22 minutes, 4 seconds over that nine-game span.

Having scored 18 goals and 59 points through 52 games, Eichel is on pace for 27 goals and 90 points this season. He would be the first Sabre to crack 90 points since Daniel Briere enjoyed a 95-point campaign in 2006-07.

Housley, of course, wouldn’t be able to rely on Eichel so heavily if the 2015 second overall pick hadn’t developed the defensive side of his game.

“He’s maybe attacking it too much, really trying to get out on his angle instead of trying to letting the puck hit him like they were,” Housley said prior to Sunday’s contest, Hutton’s first appearance since getting yanked from a 7-3 loss to the Chicago Blackhawks on Feb. 1. “When he’s on his game, there’s not a lot of rebounds, he squeezes up everything.”