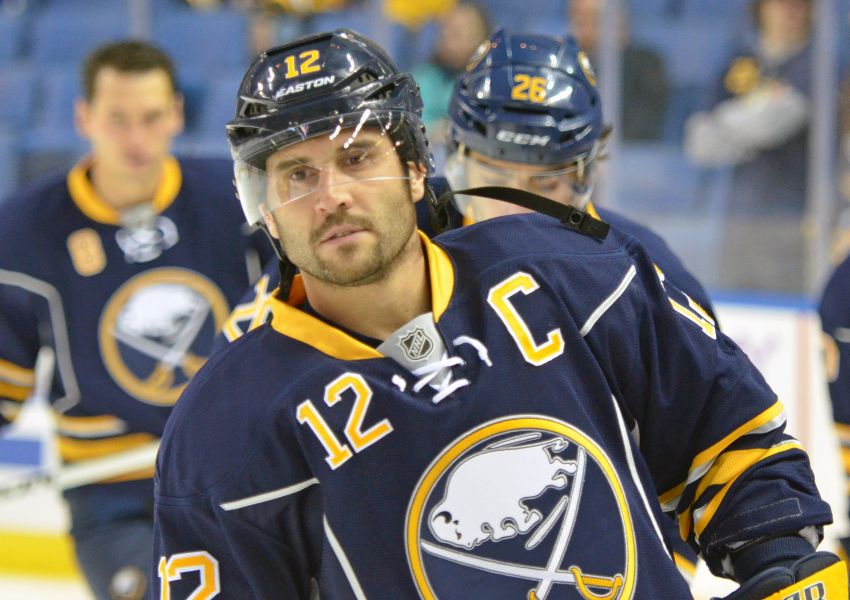 BUFFALO – Instead of jetting to a tropical locale during the NHL All-Star break, Sabres coach Ted Nolan went home to Northern Ontario to relax a bit and clear his mind.

“Guys go to beaches,” Nolan said Monday afternoon, “I go to snow and shovel my deck off and enjoy the family and friends.”

The Sabres, losers of a franchise-record 11 straight games in regulation entering tonight’s tilt in Calgary, sorely needed some extended time away from hockey. So with their last game before the break Jan. 18, Nolan gave the reeling Sabres two extra days off to recuperate mentally and physically.

“It’s been a real tough grind on all of us trying to find our game,” Nolan said inside HarborCenter after the team reconvened for a long practice.

The Sabres, who haven’t won since Dec. 27, looked fresher and more spirited Monday, Nolan said. He’s also feeling better. The 56-year-old spent some of his time home talking to people outside of hockey and hearing how they view his rebuilding team’s current predicament.

“It makes you feel a little bit better when you talk to family and friends on how to approach things,” Nolan said.

Brian Gionta’s approach should help the Sabres greatly. The captain, out with an upper-body injury since Boston’s Matt Bartkowski hit him high Dec. 21, will return tonight against the Flames following a 13-game absence.

The 36-year-old winger spent the break at home with his family.

“The hope is to come back kind of renewed,” Gionta said. “It actually came at the right time. We were able to have a longer than normal break. We were able to get away from things, forget about some things and hopefully refresh and get a new attitude going forward.

“I still believe in the team that we have, we can play much better, and that’s the frustrating part, that we’ve shown it in the past.”

Gionta, of course, was referring to Sabres’ torrid 10-3 run in November and December, their hottest stretch in years. But the Sabres have followed that up by going 1-14-1. They went 1-12 without Gionta.

“He’s our captain for a reason,” Sabres winger Drew Stafford said about Gionta. “It’s one of those things where you take a veteran guy like that out of the lineup, solid contributor, two-way player. It’s just one less guy you got to worry about out there as far as him pulling his weight.”

Gionta still wouldn’t reveal the injury. Although he landed on his face, it wasn’t a head injury, he said.

“I still got to play against the guys,” he said smiling.

The Sabres held Gionta out until now so he had extra time to recover.

“It was a smart move,” Gionta said. “It was the right play to do that even it was tough to do. As a competitor, you want to be out there as quick as possible. But the week did make a big difference.”

Gionta’s presence allowed Nolan to reunite one of the team’s best trios from earlier this season. He immediately put the veteran back on the right wing beside center Torrey Mitchell and Brian Flynn.

“You take a second line from anybody in this league, it’s a big loss, and especially for us,” Nolan said.

With some big losses piling up – the Sabres have been outscored an astounding 49-16 during this epic skid – Stafford’s grateful for some new perspective. His wife, Hali, recently gave birth to a boy, Mason.

“As frustrating, as challenging as the hockey side of things can be, it definitely makes you realize life is good, there’s a lot of good things going on,” Stafford said. “So (when) you just ride on that and focus on those things, you usually end up having a little bit more of a clear head and you can get rid of some of that negativity.”

Stafford spent the break at home, which “was good and bad.”

“It was mainly just making sure I could do everything I could for the wife since I’m kind of useless,” he said. “At the same time, it’s pretty nice coming home and seeing the little guy and seeing him start to learn a few new things and look around a little bit more.”