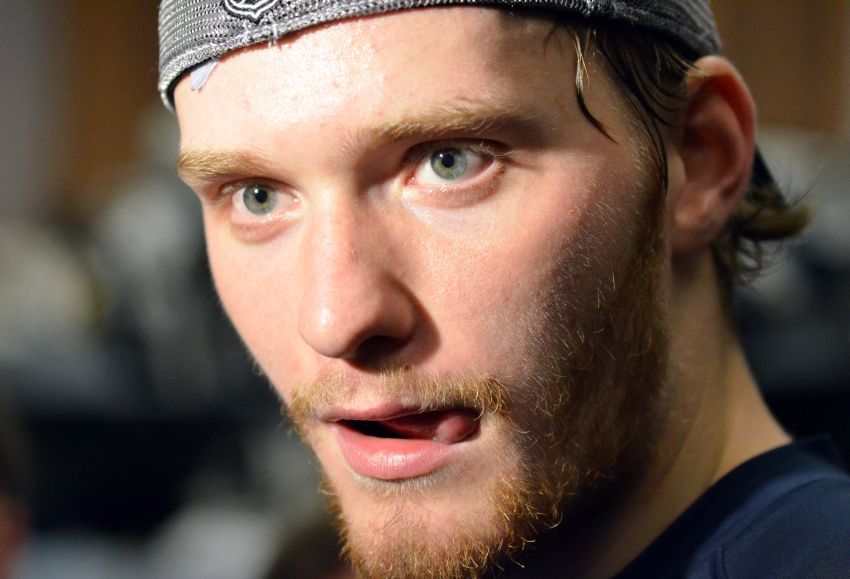 BUFFALO – Mikhail Grigorenko figured he’d be starting a two-week AHL conditioning assignment today. The 19-year-old Sabres prospect had already dropped his equipment off at the rink and checked into a Rochester hotel when a team front office member contacted him at 10 p.m. Tuesday.

Grigorenko drove back to Buffalo and practiced with the Sabres today.

“You read the rules and see how they work,” interim Sabres coach Ted Nolan said this afternoon following practice inside the First Niagara Center. “We thought we were doing it by the rule book.”

Nolan said Pat LaFontaine, the president of hockey operations, could have more information.

“I needed to play,” Grigorenko said. “I lost a little bit of my conditioning, so I need to get it back.”

So what’s next for Grigorenko, a healthy scratch both games under Nolan? The Russian practiced today at left wing with Ville Leino and Marcus Foligno.

Grigorenko said the Sabres haven’t mentioned sending him to junior. Nolan isn’t sure if he’ll play him soon.

In other news, winger Tyler Ennis will play Thursday after tweaking “a little something” Tuesday, Nolan said. Meanwhile, rookie Zemgus Girgensons has switched back to wing beside Steve Ott and Luke Adam, who was recalled from Rochester today with defenseman Brayden McNabb.