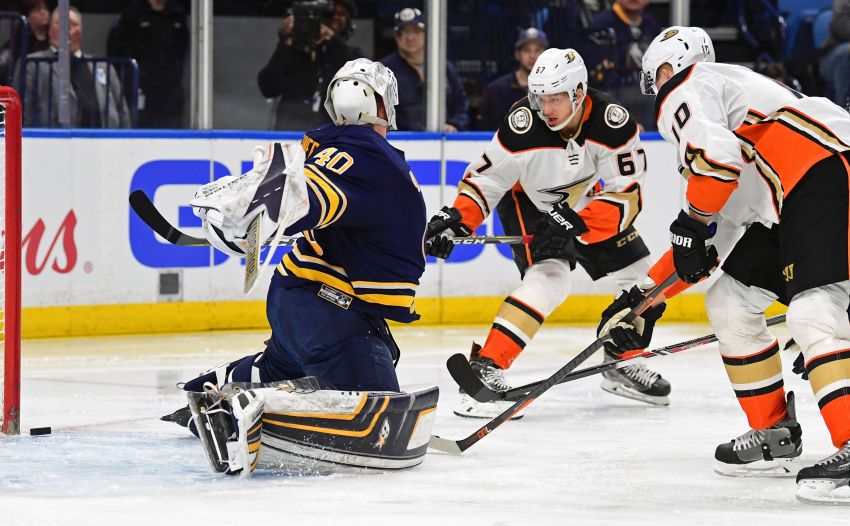 BUFFALO – Fresh off a strong 33-save effort, Sabres goalie Robin Lehner will start this afternoon’s tilt against the Los Angeles Kings.

Lehner, who struggled in Sunday’s 5-4 loss to Colorado, rebounded nicely in Thursday’s 3-2 overtime loss in Ottawa.

“It’s good to see him bounce back,” Sabres coach Phil Housley said inside KeyBank Center. “In that game, if it wasn’t for Robin, we wouldn’t have been in the game. He made some key saves, especially on the penalty kill and even down the stretch.”

“I really liked Nick’s game,” Housley said. “I thought Nick took a little bit of a step back against Ottawa. I didn’t see the tenaciousness that he had in his last game, using his speed, his wall play. I think he could’ve been a little bit hungrier in the battle. I can see him getting back in the lineup.”

Meanwhile, defenseman Justin Falk will move in for Josh Gorges. The two veterans have been moving in and out over the past few weeks.

“It’s not easy when you’re not consistently in the lineup,” Housley said. “I hand it to them, they’ve handled it very professionally. They come to the rink, work hard, practice and be good teammates.”