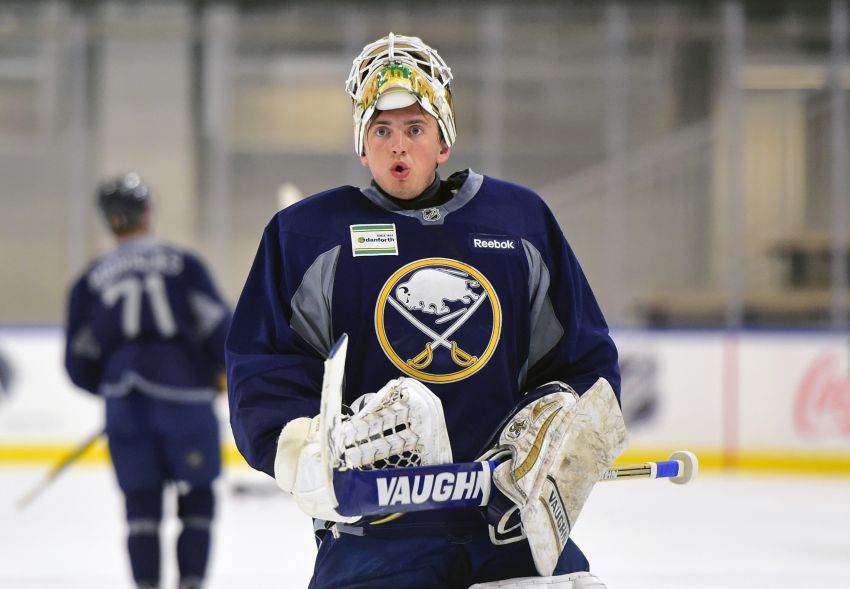 Buffalo Sabres goalie prospect Cal Petersen announced this afternoon he will forego his final season of NCAA eligibility with Notre Dame and sign a pro contact this summer.

The Sabres have 30 days to sign Petersen, one of the NCAA’s best goalies and the Fighting Irish’s captain. A press release from Notre Dame stated Petersen “could sign with the Sabres or become a free agent later this summer.”

The Iowan ended his college career with 90 consecutive starts. Overall, he went 55-39-15 with a 2.30 goals-against average and a .924 save percentage in 110 games over three seasons.