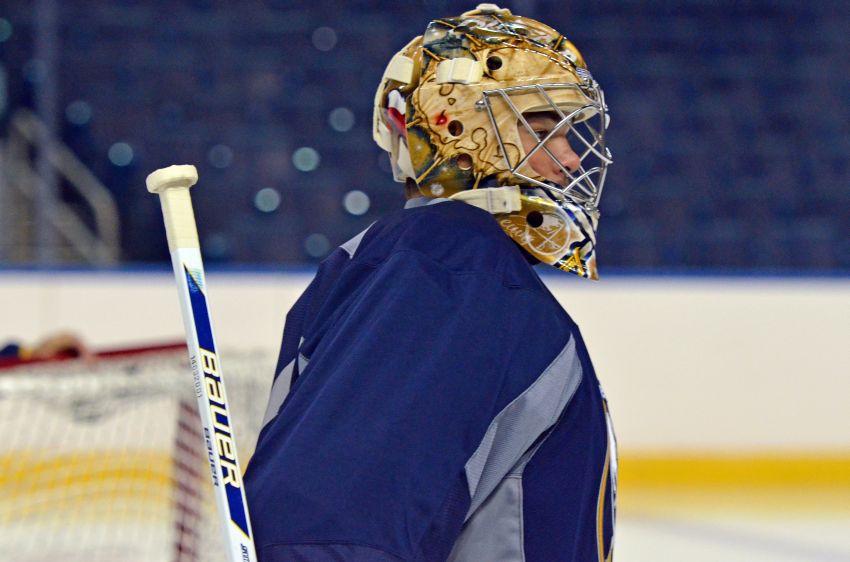 BUFFALO – When the Sabres ended their skate this morning, goalie Michal Neuvirth, not Jhonas Enroth, went off the ice first, meaning Neuvirth will start tonight against the Edmonton Oilers.

“Oh, I thought I said Neuvy was going to start,” Nolan said this morning inside the First Niagara Center.

Tonight will be Neuvirth’s third straight start. The Czech has a .957 save percentage in the last two games.

“He’s been real good for us,” Nolan said. “Jhonas has been good, too. Right now, with the time and in between games, Neuvirth had two days off between games. Last time Jhonas played was back-to-back. Those back-to-backers are tough. We’ll see how tonight goes and see how he feels after the game.”

Translation: Enroth could play Saturday when the Sabres host Pittsburgh.

Benoit has zero points and minus-9 rating in 12 games.

“He’s got some offensive flair to get game,” Nolan said. “I thought early he took too many chances offensively. I think he was trying too hard. So now he has a chance to sit back and reflect on that a little bit.

Meanwhile, winger Marcus Foligno skated this morning but will miss his third straight game. Foligno said his left shoulder got jammed into the boards trying to dump a puck in Saturday in Pittsburgh. It’s not the shoulder he hurt last season.