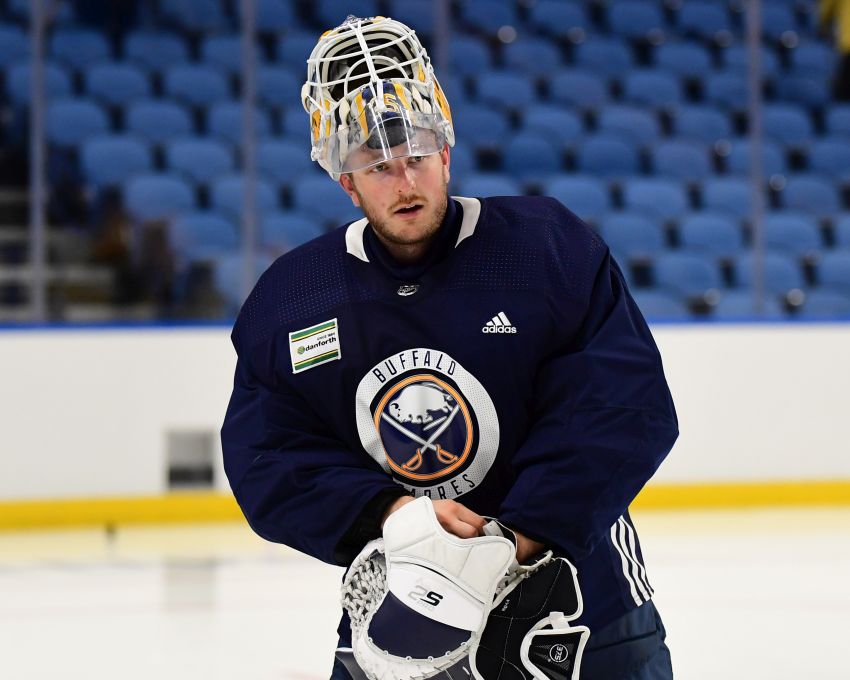 BUFFALO – Sabres goalie Linus Ullmark figured he was better equipped to handle the grind of a seven-month, 82-game NHL season.

Ullmark, after all, thrived while carrying the load in his final two AHL seasons, playing 99 games before graduating to the NHL.

Then like the rest of the Sabres, Ullmark began falling apart. In his final 23 games, he went 6-13-2 with a bloated 3.36 goals-against average and a weak .892 save percentage.

“I never really thought that I played badly,” he said. “There were maybe one or two games that I thought I was playing really bad. Other than that, I thought I kind of kept it together to what I wanted to be.

“The thing is I didn’t make those extra saves that the team needed out of me.”

He added: “It was a fun year, I would say, in the end. But looking back on it, it could’ve been better. It also could’ve been much worse.”

Little seems to bother the loquacious Ullmark, who uses a song from the 1994 movie “The Lion King” – “Hakuna Matata,” a Swahili phrase that means “no worries” – as inspiration. He usually just smiles and plows ahead.

“It definitely was tougher the longer we got into it,” he said.

So Ullmark spent the spring and summer preparing for an arduous season. He often posted photos and clips of his training sessions in Sweden on Instagram.

“I got a lot of different things in the back of the trunk that I can pull out of this season,” he said.

“You’ve been to all the places, you’ve played in all the rinks, you know the travels, you know the hotels and everything around it,” said Ullmark, who played 37 games in 2018-19.

Ullmark can earn more action under new Sabres coach Ralph Krueger and assistant Mike Bales, who’s in charge of the netminders. Heck, he could even grab the No. 1 job.

Ullmark, who has played 63 NHL games, looks refreshed. He said caring for his young son, Henry, as his wife, Moa, finished college helped him refocus.

“I enjoyed being a dad for the first time in a long time,” he said of the offseason. “I actually had to take care of him for a full day and not just a couple hours.”

Ullmark even took positives from his arbitration hearing in August.

“I found it interesting, just the whole process of doing it, leading up to it, being there,” he said. “It was more the whole experience was on the positive side than it was on the negative side, because in the end, I was going to come out of it with a contract.”

The Sabres and Ullmark agreed to a one-year, $1.325 million contract before the independent arbiter made a decision.

Ullmark could be playing for his future in Buffalo.

Hutton, 33, has two years left on his contract. Meanwhile, top goalie prospect Ukko-Pekka Luukkonen, who underwent hip surgery in May, should start playing for the Rochester Americans in November.

Luukkonen, 20, is regarded as the Sabres’ goalie of the future.

“I don’t feel any more pressure,” Ullmark said. “Every game is an opportunity. If I go out there and I win my games, I don’t think they’re going to pull me or put me on the bench or kick me out of the team.”