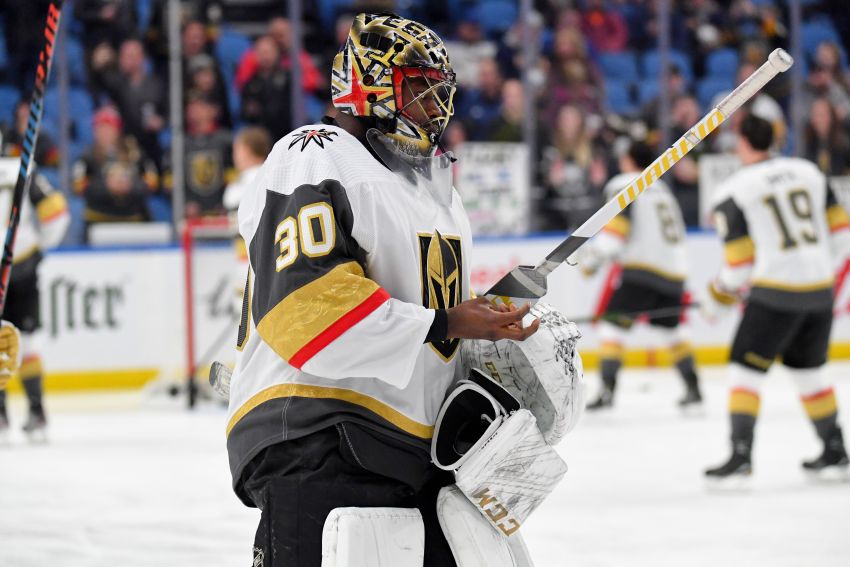 The Buffalo Sabres this afternoon addressed their goaltending, acquiring Malcolm Subban from the Chicago Blackhawks in exchange for future considerations.

With No. 1 goalie Craig Anderson recovering from an upper-body injury, the Sabres have been relying on journeyman goalie Dustin Tokarski.

Subban, 27, has registered a 36-31-8 record with a 3.02 goals-against average and an .899 saves percentage in 82 career NHL games with Chicago, the Boston Bruins and Vegas Golden Knights.

The 6-foot-2, 215-pound Subban has compiled a 2-2-1 mark with a 3.38 goals-against average and an .893 save percentage in five outings with the Rockford IceHogs, Chicago’s AHL affiliate, this season.

He is in the final season of a two-year, $1.7 million contract.

The Bruins drafted Subban 24th overall in 2012. His brother, P.K., is a defenseman with the New Jersey Devils.