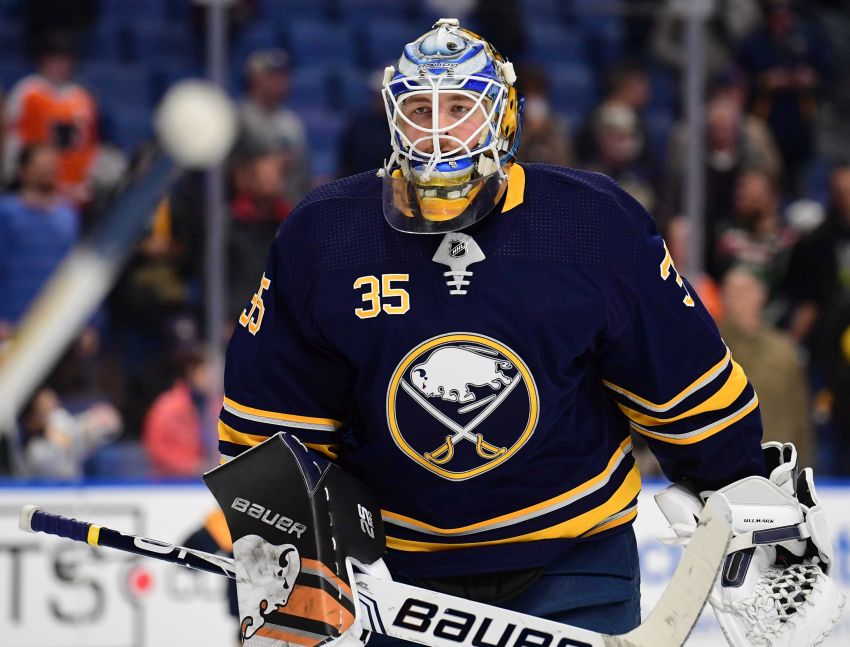 BUFFALO – Since goalie Carter Hutton is healthy enough to back up Linus Ullmark tonight against the Los Angeles Kings, the Sabres sent Scott Wedgewood to the AHL this morning.

“He had a really good day yesterday,” Sabres coach Phil Housley said this morning inside KeyBank Center. “I just want to get him in one more practice before he plays.”

Tonight will be Ullmark’s third straight start. The Swede made 25 saves in the Sabres’ 5-1 victory Oct. 20 in Los Angeles.

In other lineup news, Housley said forward Patrik Berglund is sick, so Zemgus Girgensons will return after sitting out Saturday as a healthy scratch.

Housley also said defenseman Matt Hunwick will be assigned to the Rochester Americans today for a rehab assignment. Hunwick has missed the first 30 games after suffering a neck injury during the offseason.

“He’s in a good place,” Housley said. “We just need to get him some action.”

The Amerks host the Binghamton Devils on Wednesday and the Cleveland Monsters on Friday.

Scandella was one of a handful of Sabres who skated this morning.

“All of the guys that have been injured or rehabbing have touched the ice, so that’s a good sign,” Housley said.

Meanwhile, the Kings, who lost 3-1 on Monday in Detroit, did not have a full team skate this morning. They haven’t announced a starting goalie.

Jonathan Quick played against the Red Wings, so former Sabres draft pick Cal Petersen could get the nod.