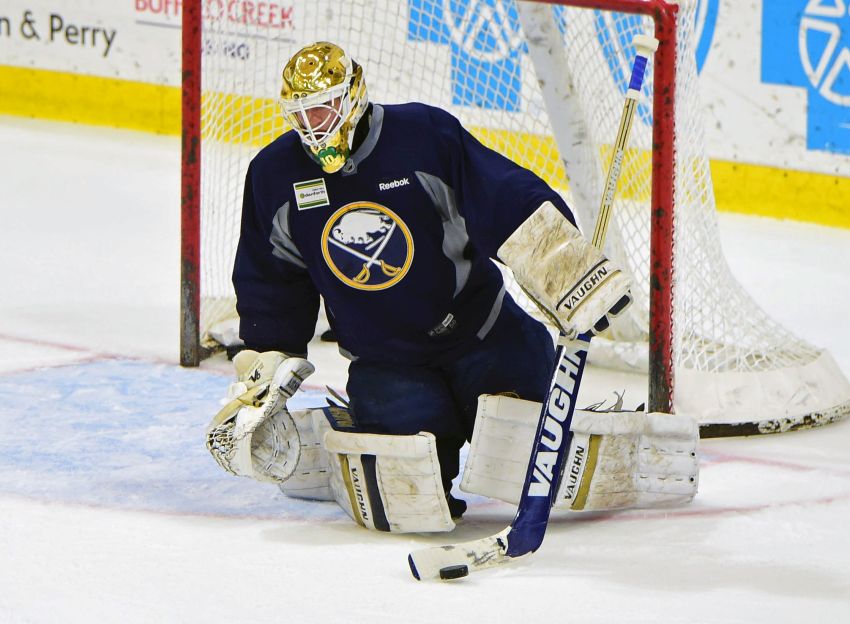 Before former Sabres GM Tim Murray was fired April 20, he said Petersen could start for the Rochester Americans next season.

For now, goalie coach Andrew Allen is still with the Buffalo Sabres. Botterill wants to keep the lone holdover from former coach Dan Bylsma’s staff. That decision, however, will be left up to new coach Phil Housley.

Botterill also said he has talked to coaches for the Amerks’ vacancy. He said the assistant GM he hires for the Sabres will be their AHL GM. Randy Sexton, an assistant GM with the Pittsburgh Penguins, Botterill’s old club, will likely fill those GM roles, according to TSN’s Pierre LeBrun.

Speculation over 28-goal winger Evander Kane’s future has only intensified with trade activity all over the NHL. Even with one year left on his contract, Kane could fetch the Sabres a notable return.

Kane tweeted a picture of two wide eyes and an ear Friday.

“I do not read Evander’s Twitter,” a smiling Botterill said following the first round of the draft. “Did we have some good stuff today?”

Blackhawks anthem singer Jim Cornelison belted out the American and Canadian versions before the draft started. The United Center didn’t break with tradition, roaring throughout the “Star-Spangled Banner.”

As is tradition, the crowd booed Gary Bettman when he walked to the stage to start the draft. Bettman thanked the fans for the booing, then said, “You can do better than that!”